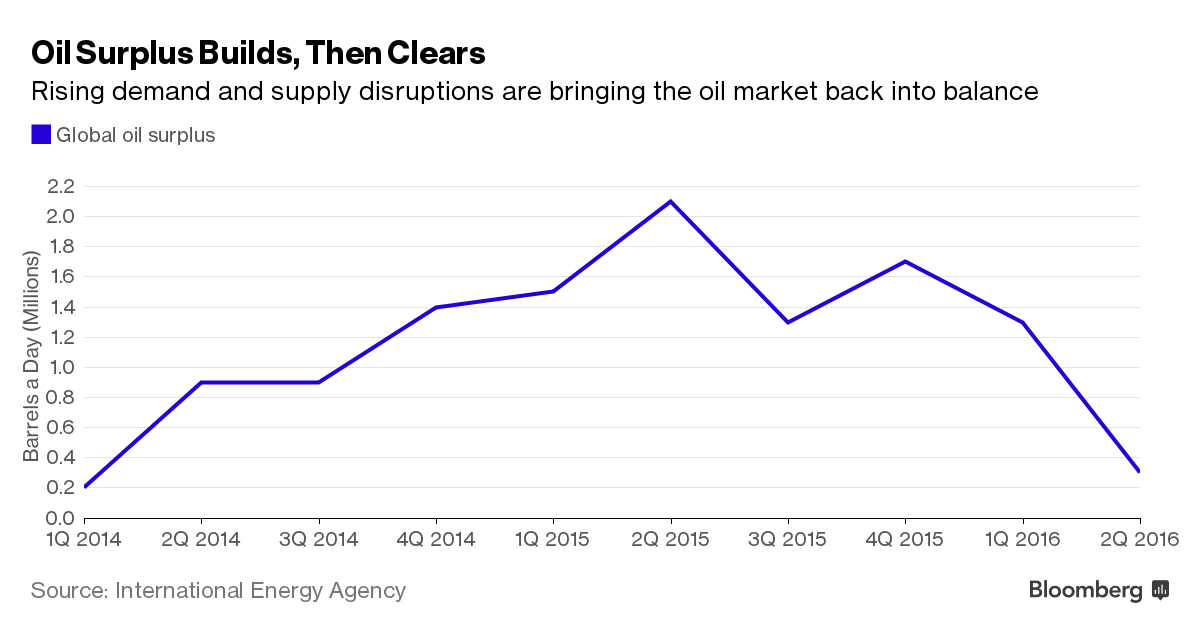 The global oil market will be almost balanced next year as demand continues to rise faster than production, while the current oversupply is much smaller than previously thought, the International Energy Agency said.

The surplus in the first half of this year is about 40 percent smaller than estimated a month ago, as consumption proves stronger than expected while disruptions reduce supply, the Paris-based agency said. Still, the “enormous inventory overhang” that accumulated during years of oversupply will limit any significant increase in prices, it said.