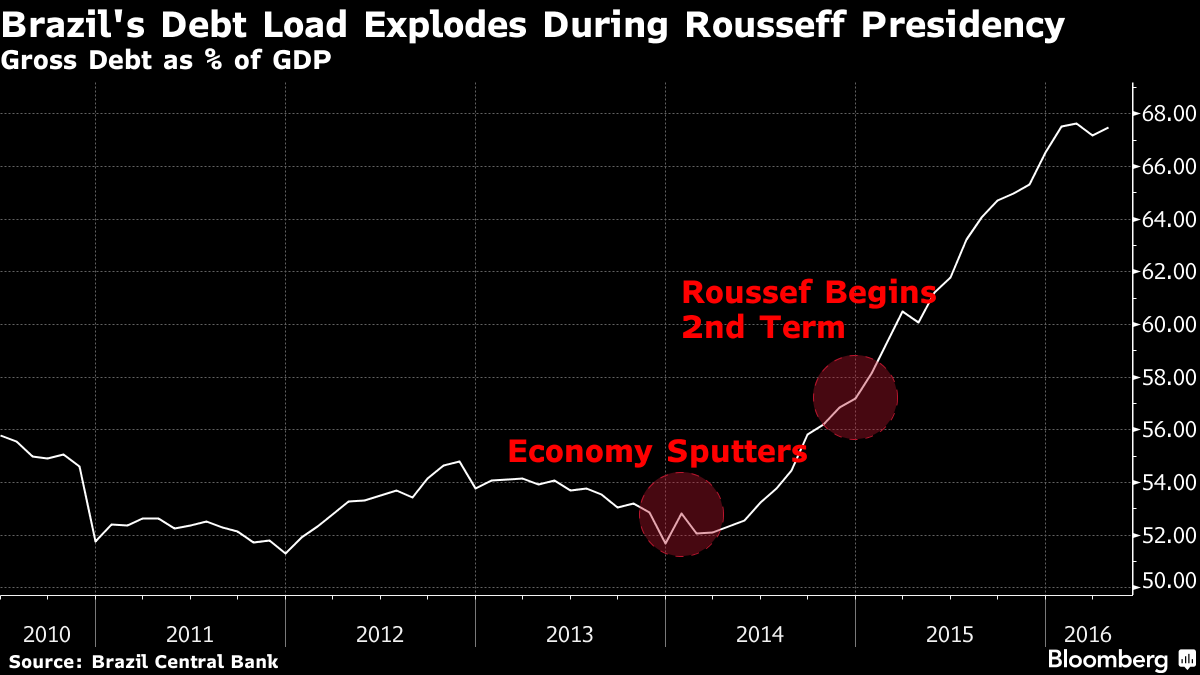 Reining in Brazil’s mammoth budget is no small feat, no matter how good you are.

Cut discretionary spending, and risk blowback from an already frustrated electorate. Raise taxes, you could exacerbate the nation’s crushing recession. Privatize government companies? Beware the wrath of the unions. Shrink social security? It’ll take decades to manifest itself on the nation’s balance sheet. And that doesn’t even start to address Brazil’s massive interest tab.

That’s the harsh reality facing Acting President Michel Temer, 75, who took over three weeks ago for Dilma Rousseff as she awaits an impeachment trial. His economic cabinet — dubbed the “dream team” by Goldman Sachs Group Inc. — takes over a crisis-torn country with a public-sector debt burden that climbed 9 percentage points last year alone to 67 percent of gross domestic product. And liabilities keep mounting fast. The budget gap is now the biggest among all countries in the G-20 except Saudi Arabia, equal to more than 10 percent of GDP.