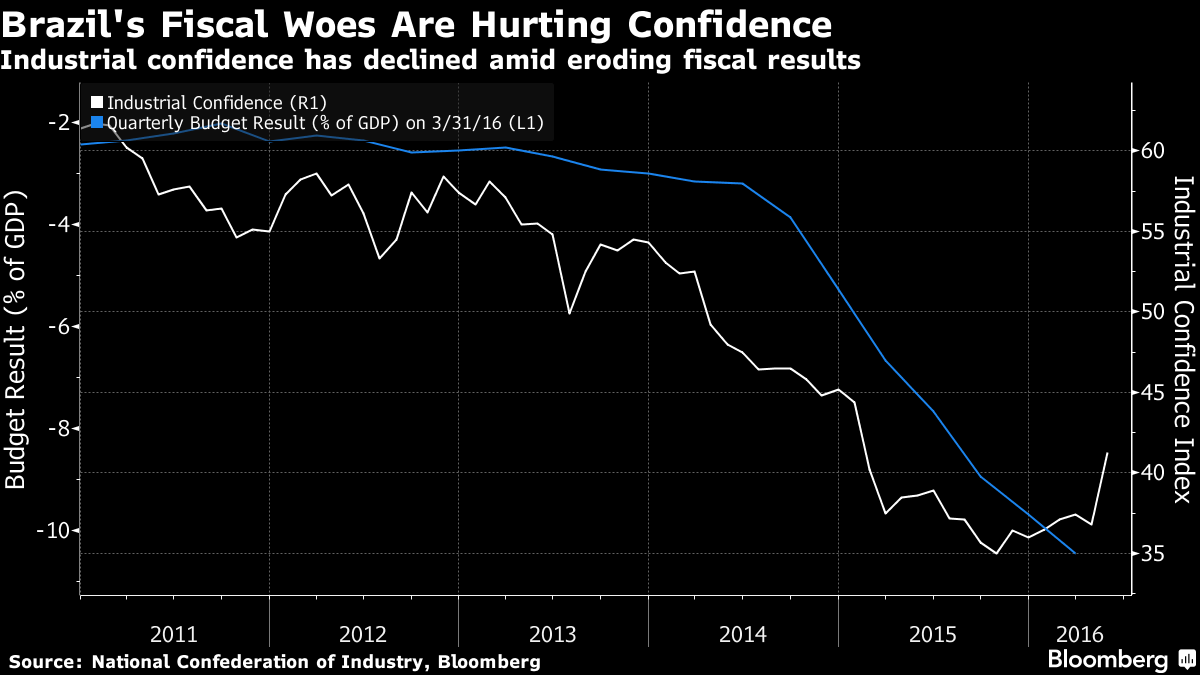 Brazil’s Finance Minister Henrique Meirelles said the economy is in worse shape than he anticipated when joining the government one week ago.

“In the numbers I see a worse situation than I expected,” he said in an interview in Brasilia, referring in large part to the federal budget.

Yet the current administration led by Michel Temer is in a better position to win approval of economic measures in Congress than his predecessor, Meirelles said, adding that Brazilians are now more aware that sacrifices must be made before growth can return. “The government changed, as did the willingness of Congress and the capacity of the very government,” he said.