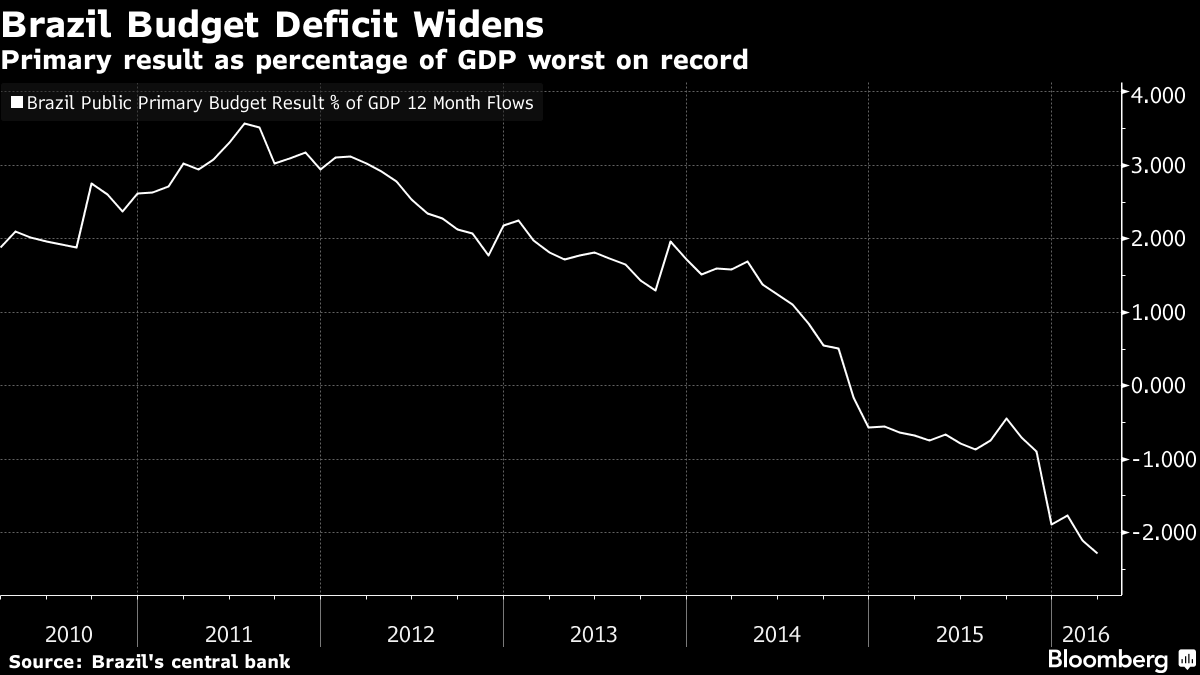 Meirelles, who on Thursday took over as finance minister in Acting President Michel Temer’s new cabinet with the task of reviving Latin America’s largest economy, said he would take tough measures to stabilize debt levels and didn’t rule out raising taxes.

“The country is waiting for a change in the course of the economy,” he told reporters in Brasilia. “There’s been a whole cycle of deterioration in the economy. We need to signal a reversal of this process.”