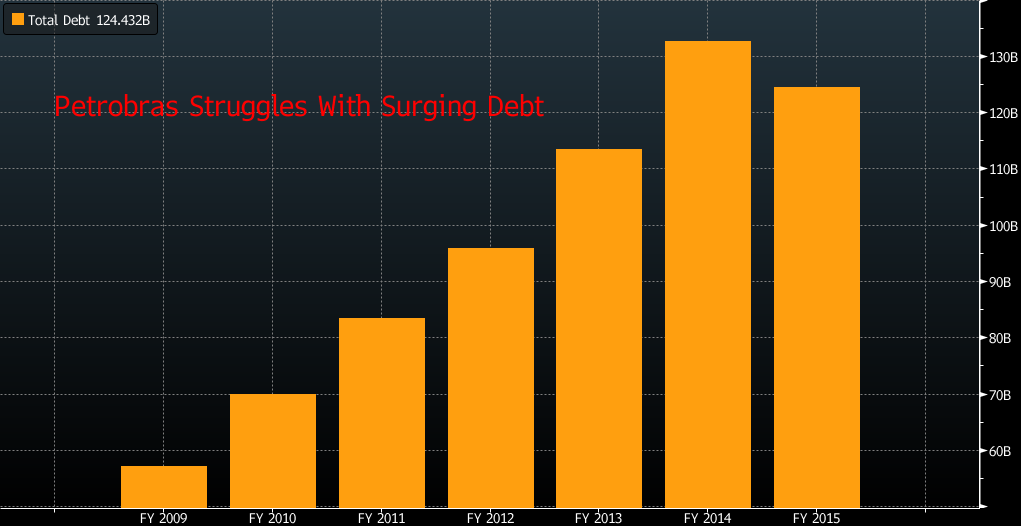 Petroleo Brasileiro SA is negotiating the sale of the natural gas distribution unit Nova Transportadora do Sudeste to Brookfield Asset Management Inc., the Rio de Janeiro-based company said Thursday, without providing a value. A “reasonable valuation” for the business is $5 billion to $6 billion, Bank of America Corp. said Friday in a note to clients.

Saddled with $124 billion in debt as of the end of last year, Petrobras is slashing spending, reducing payroll and selling assets after crude prices tumbled and it found itself at the center of an expanding pay-to-play scandal that has seen some of its former executives sent to prison and suppliers go bankrupt.