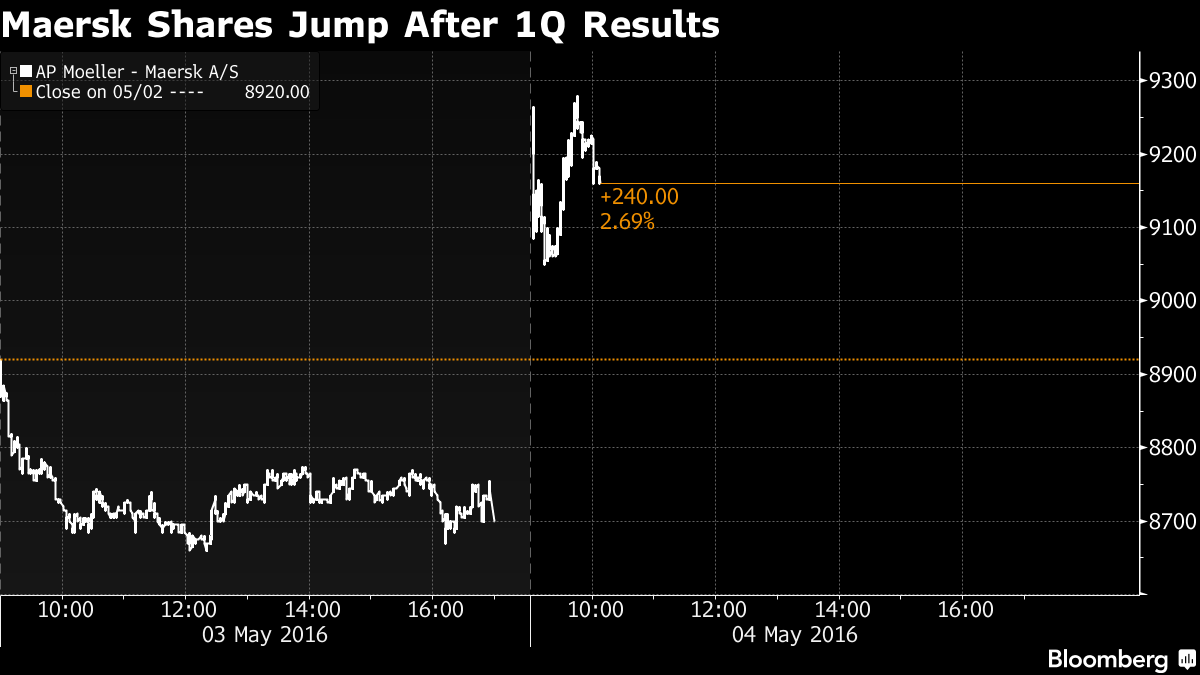 A.P. Moeller-Maersk A/S rose the most in 2 1/2 months after reporting a smaller decline in first-quarter profit than estimated following deeper cost cuts at its oil unit.

Net income was $211 million last quarter compared with $1.54 billion a year earlier, the Copenhagen-based company said in a statement on Wednesday. That compares with a median estimate of $38 million in a Bloomberg survey of seven analysts.