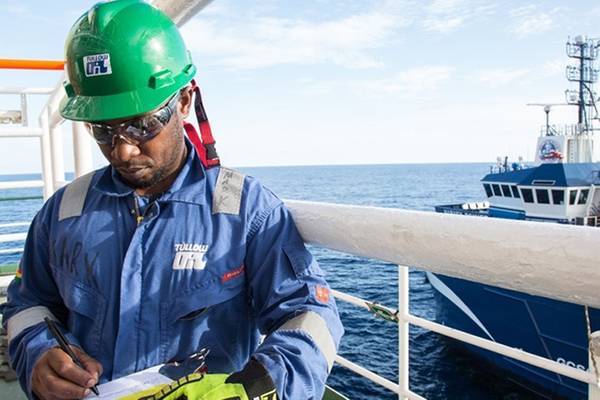 (Reuters) – West Africa-focused oil producer Tullow (TLW.L) sees its 2022 free cash flow at $267 million, slightly ahead of previous guidance and up from $245 million the previous year, it said in a trading update on Wednesday.

It plans to invest $400 million this year, mainly on its flagship fields in Ghana, expecting free cash flow to come in at $100 million at an oil price of $80 a barrel, or twice that at $100 a barrel.

Tullow faces a 2023 group cash tax bill of at least $300 million at an oil price of $80 a barrel, up from $230 million last year, as tax incentives in Ghana are running out, a spokesperson said.

It believes the “assessments are without merit” and is engaging with Ghana’s government to resolve the dispute, it said.

After hedging, Tullow achieved an average of $87 per barrel in 2022, it said.

It is due to report full-year results on March 8.