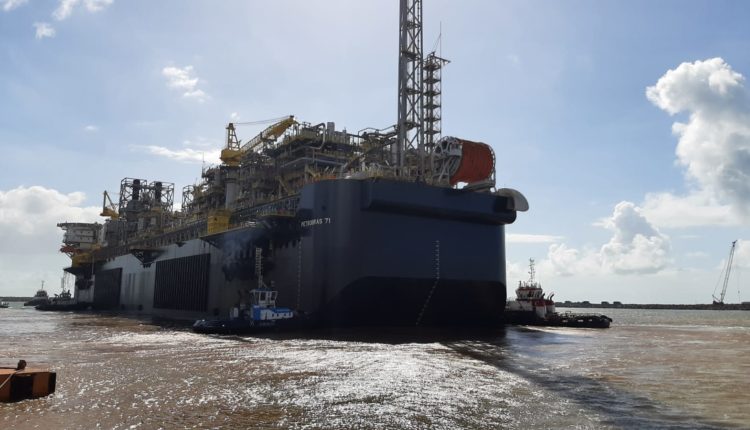 The director of production development at Petrobras, João Henrique Rittershaussen, declared that the tender for contracting the P-81, foreseen for the Sergipe Aguas Profundas project (SEAP 1), will be launched in the coming months. This time, the bidding will gain a new format compared to the previous process and will be carried out under the charter modality.

As a reminder, the first attempt to hire the P-81 ended unsuccessfully. The competition was carried out in the so-called BOT (build-operate-transfer) model. In this modality, the winning bidder builds and operates the ship for an initial period and subsequently transfers the plant to the oil company. Ocyan made the only proposal in the process, but negotiations with Petrobras did not advance.

The future FPSO P-81 is being designed to produce 120,000 barrels of oil/condensate per day and flow 8 million m³ of natural gas per day. The Sergipe-Alagoas Basin is the great new frontier for Petrobras oil and gas production development.

Petrobras’ new business plan foresees a total of US$ 64 billion in investments for the exploration and production segment. The value is 12% higher compared to the previous plan, due to the addition of new projects, such as tenders for FPSOs Sépia 2 and Atapu 2; opportunities in complementary projects; and macroeconomic and market assumptions and project adjustments.

Rittershaussen also reinforced the forecast that the FPSO P-71, which will produce in the Itapu field, should start operating later this month, with a capacity of 150,000 barrels per day. The vessel is already in the field, with interconnected lines and in the process of commissioning. In the period between 2023 and 2027, Petrobras is expected to install a total of 18 new FPSOs – 14 of which have already been contracted or are in the process of being contracted.

Despite this reinforcement in the new FPSO fleet, the company said that the oil production forecast for 2024 and 2025 was reduced by approximately 0.1 million barrels per day, compared to the previous plan, due to adjustments in the interconnection schedule of wells.