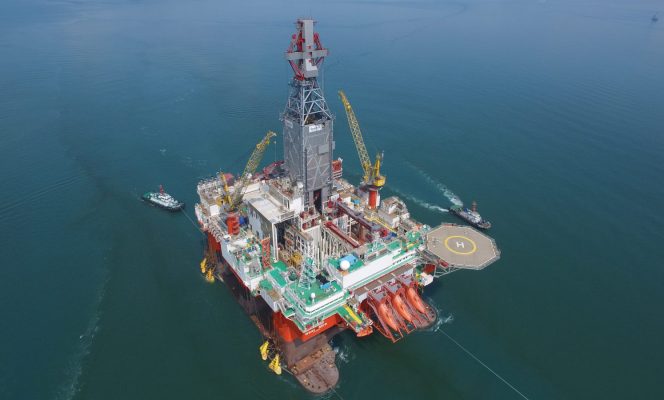 (OM) Seadrill has issued an update on is global offshore rig fleet.

The benign environment semisub has started a program for Talos Production in the US Gulf of Mexico.

West Tellus and the reactivated West Jupiter are both preparing to start contracts for Petrobras offshore Brazil.

In the Norwegian sector, the harsh environment semisubs West Elara and West Phoenix are working respectively for ConocoPhillips and VAR Energi.

Looking ahead, the company expects the oil and gas sector to remain resilient in the near to medium term with a positive outlook for offshore drilling.

After years of relatively low investment in offshore E&P, companies’ reserves are depleting, and replacement ratios are lower than needed to satisfy future consumption.

Seadrill expects spending on offshore E&P this year to be at the highest level since 2017, with further growth thereafter, boosted by the programs of the national oil companies.

The benign ultradeepwater floater market continues to rally, with day rates still rising, supported in particular by the outlook for Brazil and Africa. Marketed utilization of drillships remains above 90%, and 95% for seventh-generation units, reflecting a preference for high-spec vessels.

Current tightness in the benign floater market is being driven largely by supply constraints, with global supply chains issues leading to longer lead-times for upgrades and reactivations.

As for the benign jackup market, demand in the Middle East has reached all-time highs, mainly from Saudi Arabia but also supported by Qatar and the UAE.

Demand for harsh environment floaters should pick up from 2024 onward, with several final investment decisions expected in Norway and a renewed focus on energy security here and in the UK.

As for harsh environment jackups, recent fixtures in the UK indicate a substantial uptick in day rates compared to 2021.