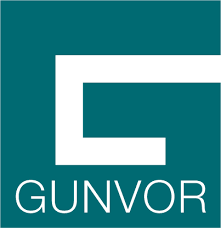 (Reuters) – Geneva-based energy trader Gunvor Group has widened its executive committee to 14 people including its chief executive, reflecting the growing importance of gas trading for the firm, the company’s website showed on Thursday.

Stephanne Degenne, who has been with Gunvor since 2007, was promoted in September to global co-head of trading – with CEO Torbjorn Tornqvist – and head of origination and structured trade. Degenne was previously running the crude oil desk.

Co-founder Torbjorn Tornqvist remains the largest shareholder in Gunvor with 87% of the company while the remainder is held by employees.

Gunvor has a separate company, Nyera, set up in 2021 to invest in renewable energy sources. It is run by energy transition director Fredrik Tornqvist.

As one of the world’s top five oil traders, the company traded about 3.1 million barrels per day of oil last year. It posted a record profit in 2021 and a record first half of this year on the back of record energy price volatility.

The leadership changes also come amid talks with Abu Dhabi National Oil company (ADNOC) to acquire the whole or a stake in Gunvor.