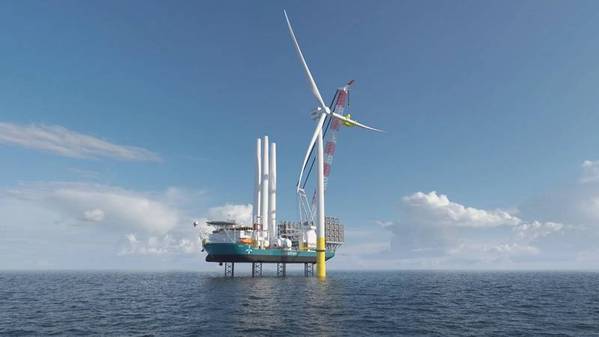 Sandbrook Capital has acquired a majority stake in the the Norwegian offshore installation services company Havfram and has committed $250 million to fund the company’s future growth.

The new capital will be used to build a fleet of vessels for installation of offshore wind turbines and foundations (“WTIVs”).

As part of the transaction, Havfram’s subsea activities will be separated into an independent company which will be wholly owned by Norwegian private investment firm HitecVision, who will also remain as a minority shareholder in Havfram.

“Globally, excluding China, governments are targeting installation of 250 GW of offshore wind capacity by 2030, representing 24 GW of annual installation activity.  To allow for that pace of growth, the industry requires significant investment in the global supply chain, and in particular, in next-generation WTIVs capable of installing very large turbines at heights of over 150 meters under adverse weather conditions,” Havfram said.

Havfram said its vessels are being designed to support the adoption of offshore wind at scale, while significantly reducing the carbon footprint of installation activities, in an effort to expand access to low-cost clean energy resources.

Havfram’s Board of Directors will be chaired by Andreas Nauen, who previously served as CEO of Siemens Gamesa, one of the largest wind turbine manufacturers in the world.

Commenting on Sandbrook’s investment, Havfram’s CEO Ingrid Due-Gundersen said: “We are excited about the opportunity to build a world-class offshore wind business and unlock a key bottleneck in the development of new clean power generation.  Sandbrook’s principals are among the most experienced investors in global renewable energy, and in offshore wind installation in particular.

“Their capital and expertise, combined with the strong operational track record of our team, will be hugely advantageous to our strategic goal of becoming the leading player in supporting the growth of the offshore wind industry globally.”

Alfredo Marti, co-founder and partner of Sandbrook Capital, said “We have had a long-held thesis that large-scale growth in offshore wind is a fundamental step on the path to increasing the penetration of clean electricity globally.

Critical to that growth is the creation of a strong supply chain.  By partnering with Havfram’s vastly experienced team, we believe we are ideally placed to advance that goal and we look forward to helping them build a great company.”

Tor Espedal, Senior Partner of HitecVision, commented “We are very pleased to have completed this important step in the strategic transformation of Havfram.  With the new capital injection from Sandbrook and under the leadership of Ingrid, Even and Emilie, Havfram is poised to become the leading player in the global offshore wind supply chain that we set out to build three years ago.”