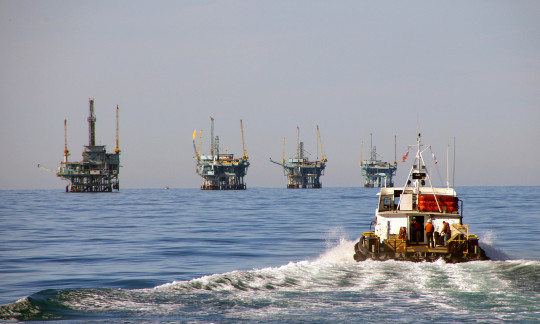 The following is a recap of their presented findings and forecasts for the offshore oil and gas sector.

Westwood reports that the 2022 offshore EPC award value is forecast to total $67 billion, as contracting activities remain robust, despite delays to major projects resulting in an 18% downward revision in EPC value.

“We were forecasting about $82 billion offshore EPC spend,” according to Westwood’s Mark Adeosun, Director of SubseaLogix and PlatformLogix. “However, the optimism is becoming more or less half achieved. So the reality I will say is a bit of a downward revision of about 18%, which is approximately $16 billion of EPC value have either been canceled or delayed by operators as they continue to reevaluate project economics.”

Offshore EPC contract value is forecast to average about $57 billion year over year during the forecast, underpinned by an assumption that Brent crude stabilizes above $70/bbl in 2023 and above $65/bbl over the 2024-26 period.

Additionally, offshore upstream final investment decision (FID) in 2022 is forecast at 76, with the fourth quarter set to account for 38% of FIDs.

Subsea tree demand up to third-quarter 2024 is forecast at c.810 units, Adeosun said. Latin America will account for 37% of demand while Africa and Western Europe will account for 21% and 17%, respectively. Overall, subsea tree demand is forecast to average 316 units year over year during the 2022-26 period, with the Americas accounting for more than 43% of expected awards.

Fixed platform demand is forecast at c.600 units over the forecast period, driven by brownfield projects in the Middle East. Floating production system (FPS) demand will total 79 units, and 48% of the demand will come from the Americas.

“We anticipate a total of 79 FPS units to be sanctioned during the 2022-2026 period, and that will include 37 newbuild units, 27 conversions, while 50 units are expected to be upgrades or deployments,” Adeosun said.

“As expected, Latin America is going to account for 30 of those units, which is about 58% of the market. Eight units are expected to be sanctioned in North America; five units will be FLNG units, two of which are going to be FLNG forecasted or expected to be sanctioned before the end of this year, and one unit, which is going to be for the Cedar LNG project offshore Canada, as well as the Nisga’a Nation, also in Canada.”

Brownfield investment in the Middle East is driving demand for fixed platforms over the 2022-23 period, Westwood reported. Despite project financing challenges, record levels of FPS throughput capacity are expected to be sanctioned over the 2022-26 period.

Adeosun added, “Brownfield developments in the Middle East have actually brought a lot of optimism, especially for subsea pipelines as well as fixed platforms, while throughput capacity for FPSOs is expected to hit record levels this year.”

And looking at the Americas, Petrobras’ Buzios development will account for more than 40% of EPC award value in 2022.

Lastly, in the EMEA region, Westwood reports that 2022 EPC contract award value is forecast at c.$34 billion, of which $11 billion has been awarded year to date (YTD).

Westwood reports that average Brent has stayed above $86/bbl since January, remaining supportive to global offshore drilling and rig activity.

Following a mass reduction in global supply for jackups, semisubmersibles and drillships, demand has begun to increase and marketed, committed drillship and jackup utilization has now reached highs not witnessed since prior to the oil price crash in 2014.

Drillship demand will continue to be driven by the Golden Triangle, with semisub activity in the North Sea also improving. Semisub demand should pick up in Norway after mid-2023.

Childs added, “Australia is a good market for semis, while floating rig utilization in Southeast Asia has declined in recent months.”

Middle Eastern national oil companies have been “a saving grace” for the jackup market this year, according to Westwood. During September of this year, 24 jackup and rig contract awards were made, which is the highest number since June 2013.

Overall, jackup usage is more spread out globally versus floating rigs, with most of the activity focused in the Middle East. However, India, the North Sea, Mexico and Southeast Asia also account for high levels of demand.

“Jackup usage is far and away the highest in the Middle East, and jackup demand in Southeast Asia has also improved quite a bit since early in the year,” Childs said.

Average jackup contract duration for 2022 YTD  was the highest recorded in over a decade due to long-term awards from Saudi Aramco.

The 2022 YTD average jackup fixtures contract duration is sitting at 716 days, which is 46% above the full-year 2021 average.

And for floater contracting, 23 years of backlog were awarded by Petrobras for seven more rigs in Brazil during the first two weeks of the fourth quarter.

The 2022 YTD average contract duration for drillships is sitting at 390 days, while semisubmersibles are sitting at 271 days.

“Although contract duration is increasing, as you see the number of awards per year is still lagging behind,” said Westwood’s Teresa Wilkie, Director of RigLogix. “But certainly, progress has been made there.”

Average contract duration for all rig types is at the highest levels in the past 10 years, thanks to jackup fixtures in the Middle East and floater contracts mainly in South America, Childs noted.

“All the Petrobras deals are generally three or four years, so that certainly pushes up your contract durations at a pretty fast [rate], but the Saudi Arabia contracts have all been a minimum of three years and most of them have been for five years. So clearly, that’s where the bulk of this backlog is coming from,” Childs explained.

Another sign of the improving rig market fundamentals is the increasing numbers of contract options being exercised. Westwood reports that there are still more than four years of undeclared options with start dates in 2022 for exercised jackup contracts. As for exercised floater contract options, 2022 exercised option days are likely to come in close to 2021 figures.

Wilkie explained, “From speaking with drillers and operators, it does seem that, especially with those fixed price options and the way that the rates are headed, which is upwards, that the majority of those [undeclared options on backups and floaters] will likely be taken up.”

Dayrates on the rise

Moreover, all three rig segments are now recording dayrate increases. Drillship rates have rapidly moved above $400,000 per day, semisub dayrates in the North Sea are improving, and jackup rates are higher in all regions. Dayrates continue upward movement for all rig types in all regions, Childs noted.

“The US Gulf is setting the pace for drillships,” he said. “Other regions are improving but still lagging behind what’s happening there. Same for semi dayrates in the North Sea; they’re certainly improving. And jackup rates are noticeably higher in both of those regions, in addition to other areas as well.”

“With a report that we’ve been doing, we’ve really been hearing a lot about the ongoing efforts and measures,” Wilkie said. “The findings were that increasing numbers of rig managers and owners are undertaking a variety of different measures, and not just rig updates that we hear a lot about, but studies into alternative fuels, obtaining green vessel certifications from DNV and ABS, implementing training and encouraging behavioral changes for the crews, replacing LED lights, installing fuel and emission-tracking systems, just to name a few.”

She said several of the companies in the report have been setting their own emissions targets.

“Now, of course, there is a regional split where we’re seeing demand for these sort of upgraded rigs,” Wilkie continued. “Overwhelmingly, it’s Norway and it’s Equinor, and there are pretty simple reasons for that. And that is surely to reduce emissions because of your carbon taxation regulation, but also there is incentivization from government, from certain schemes such as the NOx fund, and also because Equinor itself has really quite ambitious targets to reduce its own emissions.”

The two second biggest users of low-emissions rigs are located in the GoM and South America.

However, Westwood has reported slow progress and limited adoption of low-emission rigs for offshore campaigns. Wilkie said this is due to high costs, the rig market downturn and the lack of government funding, supportive legislation and regulation, accessibility and availability of alternative fuels, and limited demand for low-emission rigs or lack of incentivization outside of Norway.

“However, that doesn’t mean there aren’t opportunities,” she continued. “Some operators are offering emission-lowering bonus incentives. Meanwhile, assets with emission-reducing technology are often earning a premium on the dayrate. And, increasingly, we’re seeing more tender documents asking for emissions information and contractors that can offer emission-lowering services and have those proven credentials will have that competitive edge as well.”

By Ariana Hurtado, Editor and Director of Special Reports