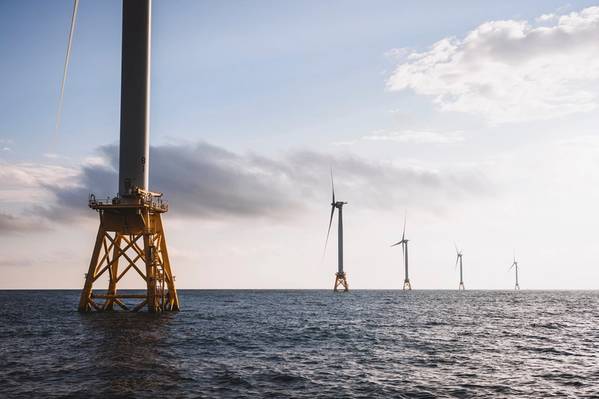 (OE) Once again, the events of the last month have shown that the drive to grow the U.S. offshore wind segment has lost little steam. The foundations are firmly in place to support the deployment of 30 gigawatts (GW) of offshore wind by 2030 and 110 GW by 2050.

Floating wind farm technology demonstration projects are being developed for both Atlantic and Pacific coasts as a precursor to large-scale floating wind farm projects being constructed towards the end of the decade and beyond. This month has seen an acceleration of the efforts to support the development of commercial scale floating wind technology in the U.S. as the federal government sets a target to deploy 15 GW of floating wind capacity by 2035. Whereas this represents a significant opportunity, there also remain numerous supply chain challenges to address, especially as the global installed floating wind capacity is only around 150 megawatts (MW) today.

One large OCS project is now close to final permitting and legal objections have been removed to the development of an approved offshore wind pilot project in the Great Lakes. The number of projects that are expected to make a final investment decision within the next 18 months is nine amounting to around 9 GW of capacity.

Eleven OCS developments with a potential of over 18 GW are currently undergoing federal permitting review to create the foundation of meeting the 30 GW by 2030 goal. 17.5 GW of project capacity has secured offtake commitments from states. Longer term, deployment goals by states already amount to over 96 GW, which is beginning to make the White House goal of 110 GW by 2050 look somewhat conservative.

Federal authorities have launched the leasing process for over 4.5 GW of floating wind capacity offshore California, further auctions are being developed for the South Atlantic, the Gulf of Mexico, the Central Atlantic, Oregon and the Gulf of Maine before the end of 2024. Expressions of interest have also been received to develop bottom-fixed and floating sites in the Central Atlantic.

Turbine component, foundation and cable factories and Jones Act wind farm vessels are being built in the U.S. and offshore wind port development is accelerating. Incentives to promote further investment in the local supply chain and Jones Act vessels have been rolled out.

Our forecast accounts for projects that will install over 70 GW of capacity in this and the next decade and a total 110 GW by 2050. The 69 GW forecast capacity will require capital expenditure amounting to around $210 billion to bring onstream, a recurring annual operations and maintenance spend of around $7 billion once delivered, and close to $32 billion of decommissioning expenditure at the end of commercial operations.