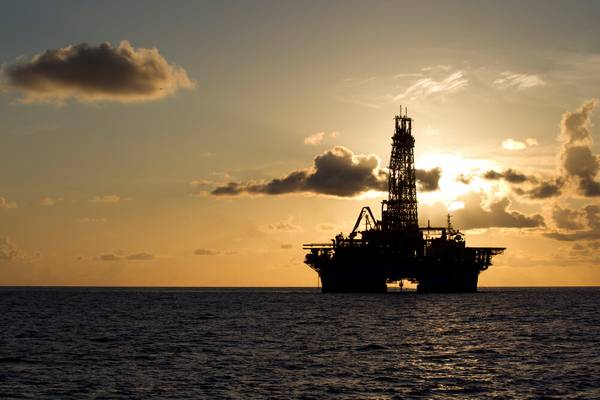 (WO) From Saudi Arabia to West Texas, drillers are pumping more oil to cash in on a scorching price rally. But a region that’s home to a fifth of the world’s crude reserves is mostly missing out.

All over Latin America, the upside of  $100 crude has been blunted by nationalist policies that tightened government control of the energy industry and sidelined the foreign investors who had helped boost production. Output from Brazil and Guyana is rising, but across the region as a whole, production has fallen so much that it’s now barely meeting demand there. Mexico and Argentina import more crude and natural gas than they export, a reversal from the last oil boom a decade ago.

All this means the world can’t count on Latin America to ramp up output of oil and natural gas as Russia’s invasion of Ukraine squeezes global supply. While producers in the US and the Middle East are adding production, it’s not enough to halt the rampant price increases that threaten to trigger fuel rationing and topple economies into recession.

It’s a stark contrast to how earlier commodities booms played out in Latin America. In the 2000s, leaders like like Venezuela’s Hugo Chavez and Ecuador’s Evo Morales used windfall oil and gas cash to shore up their popularity at home and expand their regional influence. But those outsized revenues were only possible because of foreign investments that raised production. When Chavez and Morales nationalized their oil industries, major projects were mismanaged and the money dried up.

“The oil industries have been victims of the resource nationalism that prevailed during the supercycle,” said Francisco Monaldi, a lecturer in energy economics at Rice University’s Baker Institute for Public Policy and an expert on Latin America.  “Now they don’t have the capacity to do what Chavez did in 2003 and 2004, to build up massive spending.”

Of course, trade balances would be even worse for Latin America’s state-owned oil exporters if crude prices hadn’t soared this year. Brazil’s  Petroleo Brasiliero SA, Ecuador’s Ecopetrol SA and even Mexico’s heavily indebted Petroleos Mexicanos are reporting stellar profits and paying robust dividends. But it takes time for higher tax revenue from crude exports to make its way into government coffers, and only a prolonged supercycle would eventually bring relief to the strained region.

The wider economic benefits of the oil rally haven’t been enough to derail an anti-establishment wave across Latin America. Colombia recently elected an outsider to the presidency who plans to ban fracking. In Brazil, Luiz Inacio Lula da Silva, who presided over an economic expansion during his first administration thanks in large part to commodities, is the favorite to replace Bolsonaro in the upcoming election.

In Monaldi’s view, Latin America’s oil fields would be pumping 20 million barrels a day, more than double current levels, if producers there had all the benefits enjoyed by drillers in business-friendly Texas: easy access to capital, low taxes and light regulation. Instead, interventionist policies — like seizing oil-field stakes from foreign partners, hiking taxes and failing to explore areas ripe for drilling — are coming home to roost.

“It is astonishing how bad the above ground risks are and how they have affected the industry’s potential,” Monaldi said in an interview.

This year’s biggest gainer in the region is offshore-drilling newcomer Guyana. But it won’t see more increases until 2023, when Exxon Mobil Corp.’s next floating production tanker arrives. Venezuela’s oil output rebounded under looser enforcement of US sanctions in 2021, but it’s unclear if it can expand or even maintain current levels — production that’s still a shadow of what it was just five years ago. Gains from Brazil, which has significant offshore resources that are yet to be tapped, have been modest.

Even the surge in Argentina’s oil output to the highest in a decade is unlikely to bring any relief to markets, since the country is only a mid-sized producer. Infrastructure constraints and domestic price controls limit how fast it can expand despite world-class shale deposits.

In total, the International Energy Agency is only expecting an additional 400,000 barrels a day this year from Latin America, a third of expected growth in the US.

The region’s main production success story this century has been Brazil, but even there output would be twice current levels if Lula’s first administration hadn’t halted development for half a decade to re-write oil legislation, Monaldi and other analysts said.

If Lula wins as expected, a main concern is that the government would slow down development of any big discoveries to increase the state’s take, said Andre Fagundes, who covers Brazil for energy consultancy Welligence. Petrobras is currently preparing to drill at an under-explored offshore region near the equatorial margin.

“This might be one topic they review for future license rounds,” he said.