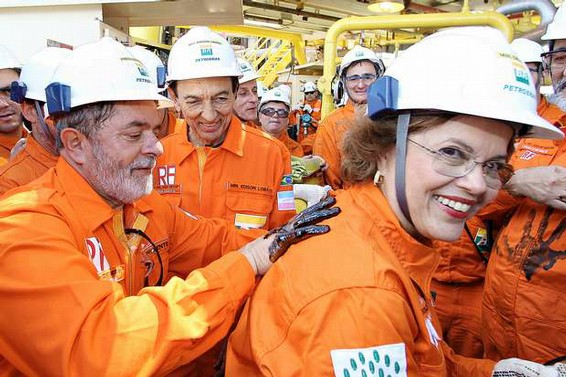 (Reuters) – Opposition proposals to roll back the initial privatizations of Brazilian refineries would run into stiff resistance from their new owners, with sale contracts offering no room for reversal, three people with knowledge of the matter told Reuters.

Lula’s campaign has not yet contacted the new owners of refineries sold by state oil company Petroleo Brasileiro SA (PETR4.SA) (Petrobras), according to the three sources, who requested anonymity due to the sensitivity of the matter.

Mubadala Investment Company, which bought RLAM, the largest refinery sold so far, is currently investing to increase capacity usage and is not interested in selling, one of them said. The United Arab Emirates state investor paid $1.8 billion for RLAM, the refinery in the northeastern state of Bahia.

RLAM was using around 70% of its capacity when Mubadala bought it, and renovation currently underway aims to increase capacity utilization closer to 100%, sources added.

Although Mubadala would not refuse talks if Petrobras tries to buy back the refinery, chances of agreeing to sell it are small, according to the sources.

Mubadala and Petrobras did not immediately comment on the matter. The campaign of former president Lula said the country needs to reduce dependence on fuel imports and a “new strategy to expand local refining capacity, including refineries upgrades and conclusion of stalled works.” The campaign added investments in new refineries may be considered, but not on the short term, and that a new government plans to build a new policy for Petrobras.

The sale contracts of the refineries also provide no margin for the government to appoint board members or otherwise influence management, the people added.

Previous governments led by Lula’s Workers Party have adopted unorthodox economic policies, but have not breached contracts or threatened foreign investment in the country.