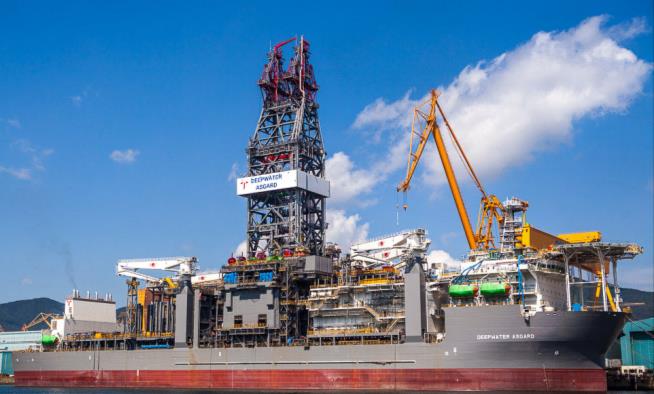 Offshore drilling contractor Transocean has secured two new contract awards in the Gulf of Mexico for one of its ultra-deepwater drillships.

Transocean announced on Tuesday that the ultra-deepwater drillship, Deepwater Asgard, received two contract awards in the U.S. Gulf of Mexico for a total of approximately 14 months of work, adding $181 million to the firm backlog.

The first award is a one-well contract with Murphy Oil Corporation at $395,000 per day. The contract is expected to begin late this fall after the rig completes its current contract and a planned out-of-service period. The contract also includes an option for a second well at the same dayrate. The backlog for the firm contract is approximately $20 million.

According to Transocean’s fleet status report from late July, the 2014-built drillship worked for an undisclosed operator in the Gulf of Mexico from June until August 2022 with a day rate of $395,000.

The second award, a one-year contract with another operator at $440,000 per day (plus up to $40,000 per day for additional products and services), is expected to start in the first half of 2023. This contract also includes three, one-year option periods at mutually agreed day rates.

About a month ago, Transocean secured new long-term contracts for two of its ultra-deepwater drillships, adding over $1.24 billion to its backlog.

The rig owner believes the recovery in offshore drilling is underway, as contracting activity, utilization rates for high-specification ultra-deepwater and harsh-environment assets, and day rates all continue to rise.