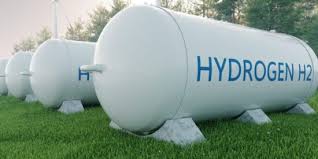 (Reuters) – Broker Marsh, a unit of Marsh & McLennan (MMC.N), said on Monday it was launching the world’s first dedicated insurance for hydrogen energy projects, as the nascent industry looks to scale up quickly in the fight against climate change.

As the world targets net-zero emissions by mid-century in an effort to cap global warming, hydrogen, particularly “green” hydrogen made from renewable energy sources, is seen as a crucial means of getting there.

U.S. politicians earlier this month backed a $430 million spending package that included support for a range of renewable energy sources such as hydrogen. read more

Projects involving the highly flammable gas have often found it harder to find cover, partly because of the complexity and risks involved in production, transportation and storage, and as new and emerging technologies are generally considered riskier.

Developed with insurers American International Group (AIG.N) and Liberty Specialty Markets, Marsh said the new facility would provide up to $300 million of cover per risk for the construction and start up phases of hydrogen projects globally.

The facility would be available to multinational organizations as well as smaller firms and cover both new and existing “blue” and “green” hydrogen projects, the world’s largest insurance broker said.

Blue hydrogen is produced from natural gas, while green hydrogen is made from renewable sources and is seen providing a flexible and low-emission fuel for transportation, electricity generation, and as an input into various industrial processes.

“Marsh’s facility is an important development for the insurance industry that will help enable the acceleration of the global energy transition to renewables,” said Andrew George, Global Head, Energy & Power, Marsh Specialty.

“As the global hydrogen industry, especially green hydrogen, scales up rapidly to meet demand the facility will reduce the complexity of securing risk transfer options for operators of all sizes and boosts investor and lender confidence in achieving their ambitious project timeframes.”

Marsh’s clients could either opt for coverage for the startup phase or choose a combined risks policy that extends to first-year operations, the New York-based company said.

Renewable and low-carbon hydrogen would account for only 5% of the global final energy mix by 2050, falling short of what is needed to meet climate goals, according to a report in June from Norway-based global energy consultancy DNV. read more

To meet the Paris Agreement to limit global warming to 1.5 degrees by 2050, hydrogen would need to reach 13%.