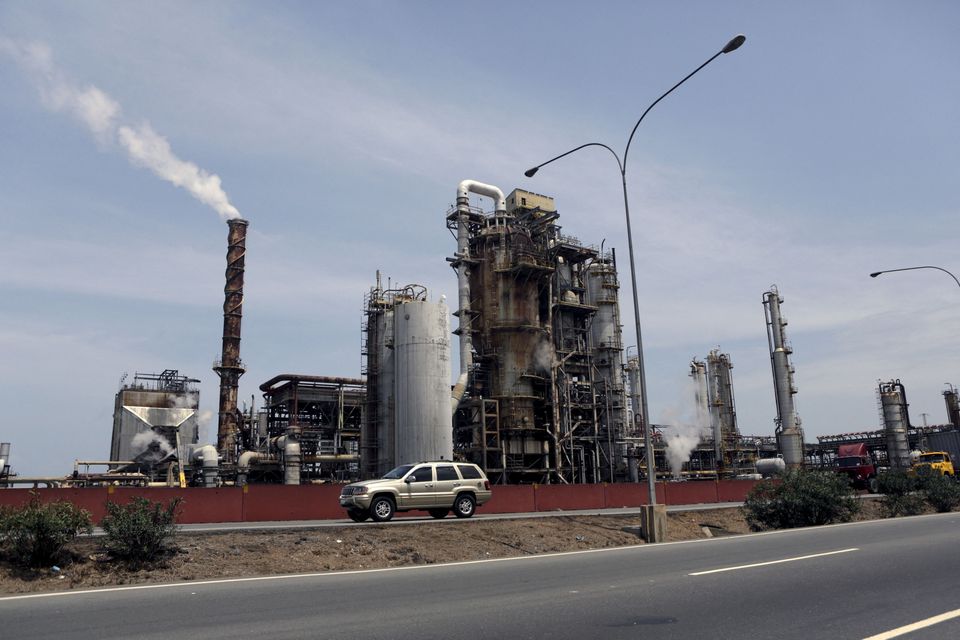 (Reuters) – Venezuela has suspended new crude shipments to Europe under an oil-for-debt deal and has asked Italy’s Eni and Spain’s Repsol to provide it with fuel in exchange for future cargoes, three people familiar with the matter said.

Venezuela’s oil company PDVSA no longer is interested in the oil-for-debt deals that the U.S. State Department authorized in May,the sources said, which allowed the state company to resume shipments to Europe after a two-year suspension caused by U.S. sanctions.

Washington authorized the shipments as long as cargo proceeds were used to pay off accumulated debt PDVSA owed to joint ventures with Eni (ENI.MI) and Repsol (REP.MC).

“PDVSA wants to go back to oil swaps, and that is not possible yet,” said a person involved in cargoes previously delivered to Europe. “There’s zero interest in the oil-for-debt deals.”

Venezuelan oil shipments, particularly those sent to refineries in Spain, have helped Europe reduce purchases of Russian oil since the invasion of Ukraine. But the deal’s terms have not provided needed cash or fuel to PDVSA, whose own refineries are struggling to produce gasoline and diesel after years of underinvestment and lack of repairs.

PDVSA, Eni, Repsol and the U.S. State Department did not immediately reply to requests for comment.

According to PDVSA’s shipping schedules, there are no loading windows assigned to Eni or Repsol for Europe-bound cargoes in August, even though stocks of diluted crude oil (DCO) at the Jose port rose to almost 5 million barrels as of Aug 8.

PDVSA wants to get fuel in exchange for its crude, while using a portion of the cargoes’ value to offset billions of dollars in debts to joint venture partners including Chevron, Eni and Repsol, according to the sources.

Since last year, PDVSA has relied mostly on Iranian diluents to turn its extra heavy crude into exportable grades.

Since June, Eni received a total of 3.6 million barrels of Venezuelan diluted crude oil (DCO), according to the PDVSA’s documents and tanker tracking data. Most of that volume was later delivered by Eni to Repsol, which has a larger capacity for refining the South American country’s heavy sour crude grades.

Repsol’s CEO Josu Jon Imaz in late July said the return of cargoes from Venezuela was “good news” for its refineries, as the quality of those crudes matches perfectly with its refining system. read more

Resumption of oil shipments to Europe helped PDVSA boost sales in June and July, with overall exports reaching 545,000 barrels per day (bpd) in the 60-day period, according to the documents and vessel monitoring.

Operational issues later offset the export increase. But PDVSA plans to restart a third heavy crude upgrader, at the Petromonagas joint venture, which would boost crude production and export capacity. Last month, it resumed operations at an oil-blending station and two upgraders that had been hit by power and gas outages.