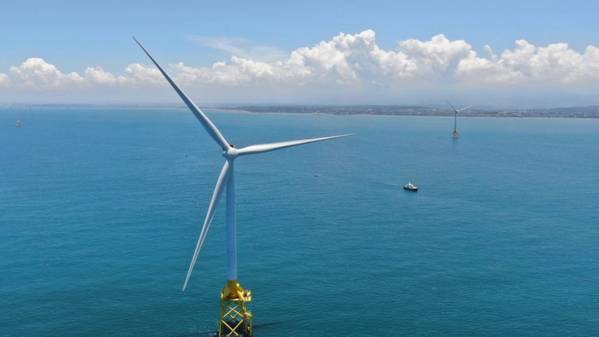 A consortium of TotalEnergies, Corio Generation and Qair has been pre-selected by the French Directorate General for Energy and Climate (DGEC) to participate in a competitive tender to develop two floating windfarms in the Mediterranean Sea.

The two projects, of about 250 MW each, could supply enough clean energy to meet the annual electricity consumption of almost one million people. The partners said the new call for tenders would help to achieve France’s objective of 40 GW of offshore wind capacity by 2050.

They also said they intend to support the development of a local Mediterranean industrial value chain for offshore wind power. To this end, the consortium plans to consult regional stakeholders, promote the local economy and ensure communities benefit from employment opportunities.
The consortium would also leverage each company’s technical expertise, strong financial resource and extensive experience in the offshore wind sector.

Earlier this week, the French government announced it had selected 13 companies and consortia to advance to the second phase, the competitive dialogue phase, of the tendering procedure to build two 250 MW floating offshore wind farms in Golfe du Lion in the Mediterranean Sea.

The tendering procedure for the two wind farms was launched in March.

TotalEnergies, a multi-energy company, has expertise in offshore operations and maintenance through its historical activities. TotalEnergies is already developing offshore wind projects with a combined capacity of more than 11 GW, including more than 2 GW of floating projects in France, the United Kingdom and South Korea.

Qair, a European renewable energy producer, is a French pioneer in floating wind energy. With over 30 years of experience and a strong local presence in France, Qair operates 1 GW of assets and is developing a pipeline of 20 GW.

“Corio Generation is delighted to combine forces with TotalEnergies and Qair. We truly believe France can become a world leader in the development of offshore wind. With its deep waters and industrial heritage, the Mediterranean is fantastically placed to benefit from floating wind technology, creating significant job and investment opportunities. Deploying new projects at scale will be critical to realising the full potential of France’s wind resources and unlocking a significant clean, reliable and affordable source of electricity for generations to come,” said Jonathan Cole, CEO of Corio Generation.

TotalEnergies is already developing a portfolio of offshore wind projects with a total capacity of more than 11 GW, of which 3/4 are bottom-fixed and 1/4 are floating. These projects are located in the United Kingdom (Seagreen project, Outer Dowsing, Erebus, Valorous and West of Orkney), South Korea (Bada project), Taiwan (Yunlin project), France (Eolmed project) and the United States (New York Bight project, North Carolina project). The Company has also been qualified to participate in competitive tenders in the U.S., U.K., France and Netherlands, and will also participate in tenders in Norway and Poland.