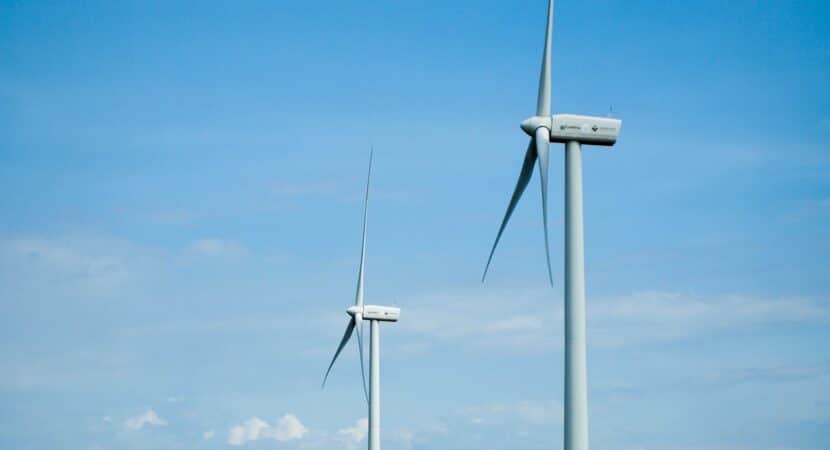 (CPG) Rio Grande do Sul is the Brazilian state with the highest number of projects registered for the construction of parks for the production of offshore wind energy.

According to information released by GZH Economia, Rio Grande do Sul currently stands out as the Brazilian state with the highest concentration of companies interested in installing offshore wind farms in the country. There, 17 of the 54 projects are present, in all, focused on this source of clean energy and registered with the Brazilian Institute for the Environment and Renewable Natural Resources (Ibama).

However, to realize this potential, further expansion of the electrical transmission capacity in the state and the adjustment of legal rules are still necessary.

The search for more sustainable energy sources, replacing fossil fuels, has as one of its most promising alternatives the exploitation of winds over the sea or lagoons for the generation of wind energy. Although the cost for the implementation of offshore parks is quite high, many companies decide to prioritize it due to the existence of stronger and constant winds, in addition to less dispute for space.

In Brazil, there is still no enterprise of this type, but the state of Rio Grande do Sul has great advantages for the generation of offshore wind energy. The gauchos count, for example, on strong  sea winds, which would make it possible to produce energy of up to 80 gigawatts – a value four times greater than the entire installed capacity, currently, in onshore wind farms in the country.

In addition, the interest of the private sector in the state can also be explained by other factors, such as the structure and spaces available in the port of Rio Grande, the qualification of professionals and the excellent quality of the universities.

According to the executive president of the Brazilian Wind Energy Association (Abeeólica), Elbia Gannoum, offshore projects involve, in addition to the intensity of the winds, the need for infrastructure in ports and transmission capacity. For her, Rio Grande do Sul has been a great attraction thanks to its good infrastructure.

The projects registered with IBAMA add up to 15.5 gigawatts on land and 44.7 gigawatts of energy at sea. In this sense, new investments are needed for the financing and construction of new lines.

Under this bias, Marjorie Kauffmann, state secretary for the Environment and Infrastructure, says that the state has been organizing, together with the National Electric Energy Agency and the Ministry of Mines and Energy, to discuss the expansion of the network. According to her, there is enough time, until the projects are completed, for the expansion of its network.

It is important to note that, although it is seen as a source of clean and renewable energy, the exploitation of offshore wind farms is also a matter of concern for environmentalists. Thus, entities such as the Associação Gaúcha de Proteção ao Ambiente Natural (Agapan) have already requested the elaboration of clear rules and the active and transparent inspection of these plants, such as the creation of fines and action plans for possible environmental disasters.

First offshore wind power plants to be installed by 2030

According to the forecast of specialists and public managers, the first offshore wind farms should start transforming wind into energy in Rio Grande do Sul in mid-2030. Therefore, if expectations are confirmed, the state could undergo a significant economic leap. in the following years.

The time interval is necessary for the country to complete the adjustments to the legal norms, giving legal certainty to the process of licensing projects on the high seas. In this way, interested companies must carry out environmental studies to obtain prior licenses for installation and operation, and for the assembly of wind turbine parks on the water.

In the case of offshore wind farms, the licensing process takes place at the federal level, and for complexes in inland waters, such as lagoons, it takes place at the state level. Rio Grande do Sul already has, for example, entrepreneurs interested in installing plants in Lagoa dos Patos.

It is difficult to accurately predict all the investment to be made in the state. This is because, in addition to having to go through all the stages of environmental licensing, at least four projects overlap with others that already exist, and it is not possible to make all of them viable. However, one of the most advanced projects, by Ocean Winds, which will be responsible for the implementation of two complexes, intends, alone, to invest up to R$ 120 billion.

Therefore, if the investors’ interest is confirmed, Rio Grande do Sul will receive an amount of private resources as never seen before. For comparison, one of the largest investments recently discussed in the state, for the regasification complex in Rio Grande, was valued at “only” R$ 6 billion.

The Chief Secretary of the Civil House, Arthur Lemos, declares that, taking place gradually, these investments have the capacity to keep the state’s economy heated for a long time. Furthermore, Lemos explains that there would be a positive impact on the entire associated production chain, with the achievement of results in the transformation industry and in technology centers.

Ports are extremely important facilities for carrying out offshore wind energy exploration projects, as they enable the arrival, handling and dispatch of large parts. In this context, the port of Rio Grande, in the south of the state of Rio Grande do Sul, is already attracting the attention of potential investors in this sector.

Fernando Estima – Planning manager at Portos RS – explained that eight business groups already show a formal interest in transforming the Rio Grande port into a possible base of operations for offshore wind projects.

The manager pointed out that a service routine has already been organized to receive representatives of these companies. According to him, the port is deep enough to accommodate large ships, in addition to two available shipyards, plenty of space and skilled labor. Estima also recalled that two or more companies can share the shipyards.

Arthur Lemos explains that, with this, the intention of the state government is to take advantage of the stimulus caused by the sea winds to boost other sectors of the state economy, so that as much of the materials used in the wind farms as possible is built in the state itself.

Finally, Lemos argues that the idea is to take advantage of the qualities of Rio Grande do Sul, such as the production chain and universities, so that new investments are a vector of development.