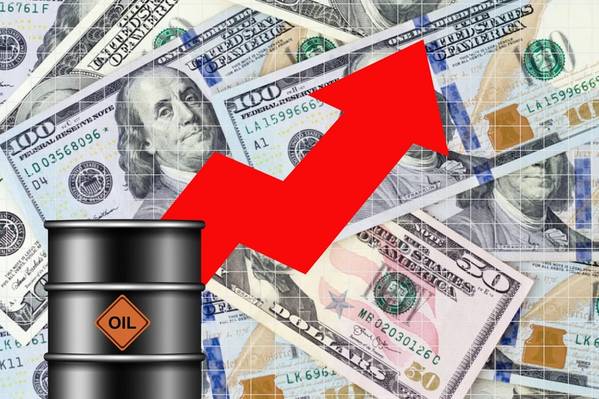 (Reuters) Oil prices are proving resilient to global economic recession fears and have outperformed major equity indices and the U.S. dollar so far this year as Western sanctions on Russia further limit supplies to an already tight market.

The two major crude futures contracts are up about 30% so far this year, while the All Country World Index (ACWI) is down about 15%, Refinitiv Eikon data shows.

The U.S. dollar index, which measures the value of the greenback against a basket of other major currencies, is up about 10% so far this year, the data shows.

“Low oil inventories and dwindling spare capacity have been the drivers of the oil rally,” UBS analyst Giovanni Staunovo said.

For much of the last two years, production by the Organization of the Petroleum Exporting Countries and allies led by Russia, together known as OPEC+, has been below agreed output targets as many members struggle with capacity issues. The supply shortfall hit about 3 million barrels per day in June – about 3% of global supplies – OPEC+ internal data shows.

“By contrast, financial markets are anticipatory assets driven by the growth ‘rate’ of demand, which is evidently falling”.

Oanda analyst Craig Earlam added that equities have been negatively impacted by various developments including the oil price itself, which is contributing to spiraling inflation levels.

While JP Morgan revised lower its global oil demand forecasts for this year and next, it says that the oil market is yet to price in a recession.

The bank added that while historical evidence suggests that oil demand is well supported as long as global growth remains positive, oil prices tend to fall in all recessions by 30% to 40%.