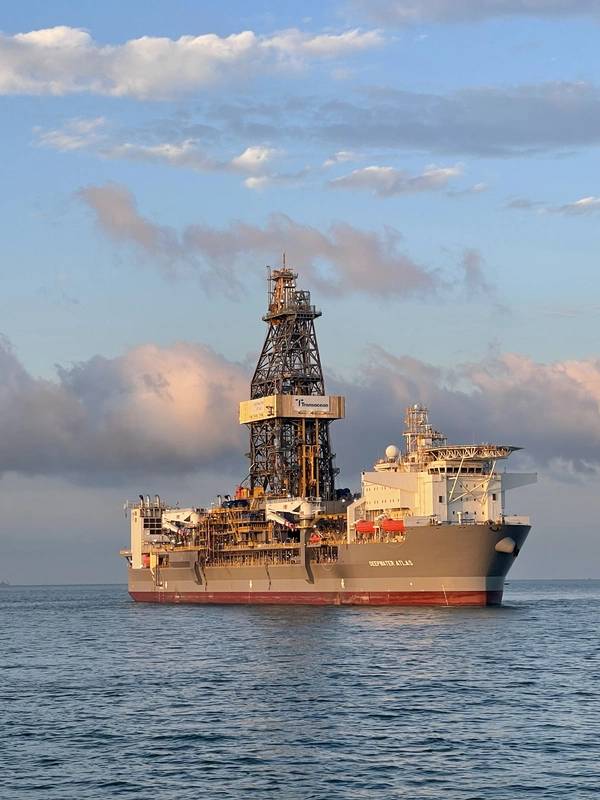 Offshore drilling contractor Transocean has secured new contracts and extensions for its rigs with a particular emphasis on its drillship fleet and with notable day rate increases.

The Deepwater Skyros drillship has been awarded a 10-well contract with TotalEnergies in Angola at $310,000 per day, starting from December 2022 until May 2024. There has been a significant increase in the rig’s day rate in this latest contract as its current one with TotalEnergies in Angola, which started in December 2021, has a day rate of $195,000.

The Deepwater Invictus drillship has secured a two-well contract extension with Australia’s Woodside in the U.S. Gulf of Mexico at $375,000 per day. The rig has been working for Woodside from March 2022 until July under a day rate of $295,000. From July until October 2022, the day rate is $305,000 only to reach this latest level of $375k, starting from October until February 2023.

The Deepwater Mykonos drillship has been awarded a 435-day contract, plus options up to an incremental 279 days, with an undisclosed client in Brazil at approximately $364,000 per day. This contract starts in August 2023 and ends in October 2024. Its current contract with Petrobras in Brazil – with a day rate of $218,000 – ends in August 2023.

Less than a month ago, Transocean added another drillship to its fleet following the delivery of the world’s first eighth-generation drillship, the Deepwater Atlas, from Singapore’s Sembcorp Marine.

Another semi-submersible, the Paul B. Loyd. Jr, has secured a one-well contract, plus two one-well options and an eight P&A well option with Harbour Energy in the UK, each at $175,000 per day. The work starts in December 2022 and will go on until April 2023.

The rig is currently working for Serica Energy, also in the UK, drilling the North Eigg HPHT well in the North Sea. This contract is scheduled to end in September 2022.