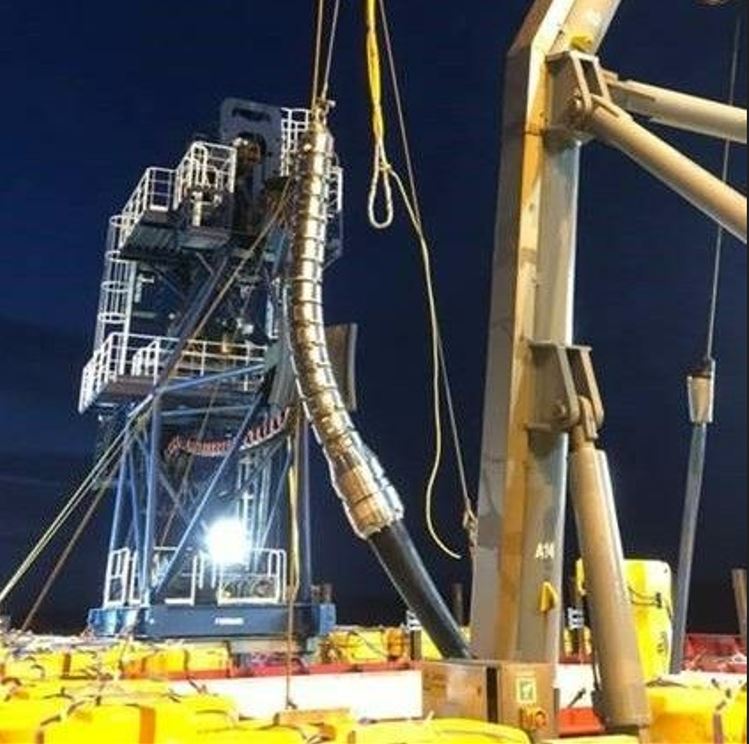 Subsea 7 has laid the first subsea cables in the water for the 94.6 MW Hywind Tampen floating wind farm offshore Norway.

JDR Cable System is in charge of supplying the electric cables for the project from its factory in Hartlepool, the UK, while Subsea 7 is responsible for the installation of the cables and the connection to the Snorre A and B and Gullfaks A, B and C oil and gas platforms.

JDR has completed the first of multiple load-outs of dynamic subsea cables for the floating offshore wind project.

The load-out consisted of five terminated cables each with pull-in-head arrangements on either end from carousel storage located within the facility.

The floating wind project entered the offshore construction phase in March with the transport and installation of the suction anchors at the site located about 140 kilometers off the Norwegian coast.

Once commissioned by the end of 2023, Hywind Tampen will become the largest floating offshore wind farm in operation.

The project was initially scheduled to be completed by the end of 2022, but due to some deviations found in steel quality in four tower sections and supply chain bottlenecks, the first seven wind turbines will come on stream this year as planned, while the final four will be installed next spring, according to Equinor.