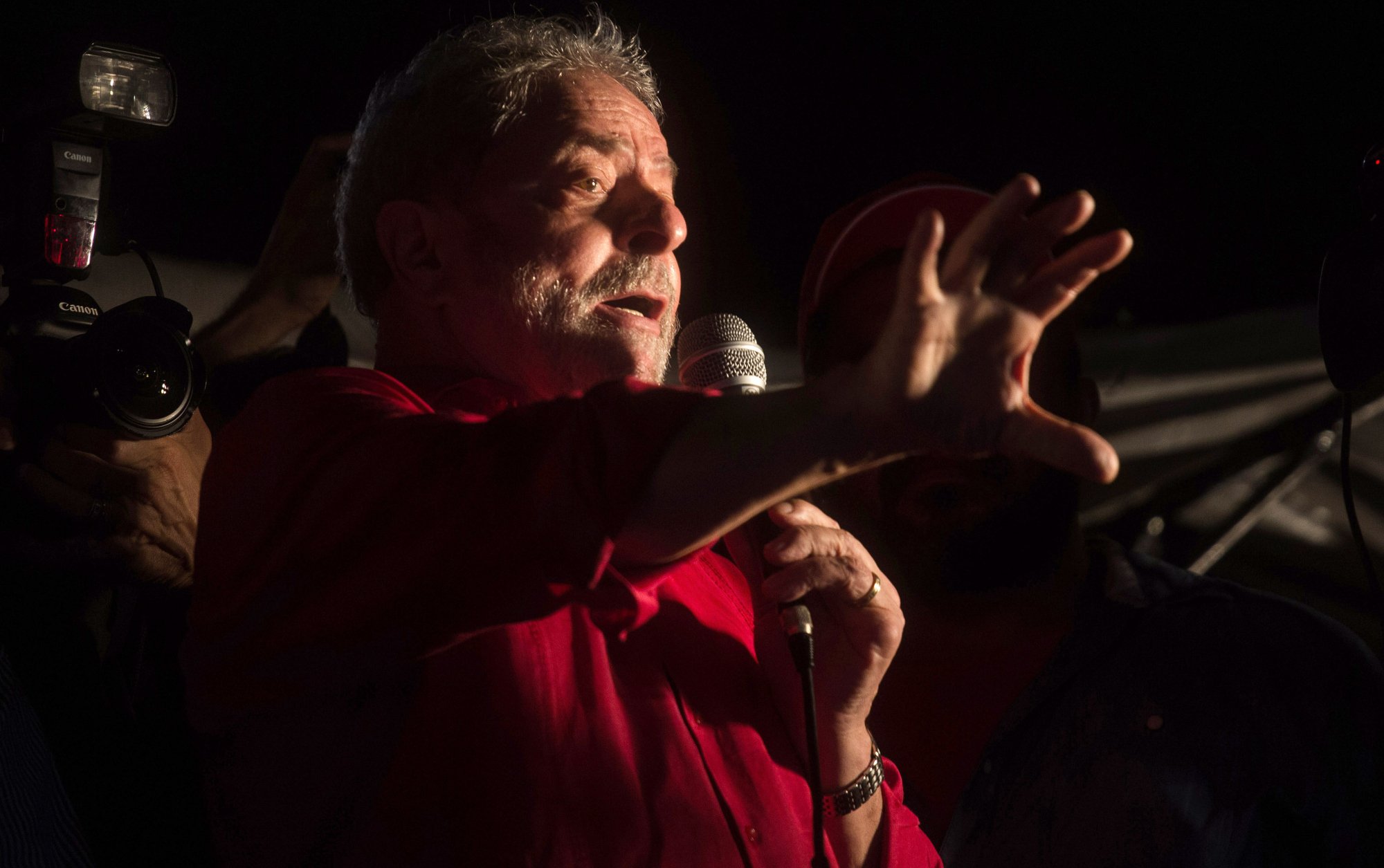 With a double-digit lead in opinion polls, a Lula victory would represent an astounding comeback by the former union leader. Lula, who led Brazil for two terms from 2003 to 2010, spent 580 days in prison on corruption convictions that were later annulled.

The 76-year-old leftist did not attend his party’s convention in a downtown Sao Paulo hotel where six other coalition parties were also backing his sixth presidential bid.

Against the advice of his closest aides, Lula decided to take to the campaign trail and was meeting with voters in his home state of Pernambuco in impoverished northeastern Brazil.

“He said that’s enough of inside party talk; it’s time to go to the streets and talk to voters,” a Lula aide told Reuters.

As his party launched his ticket, Lula met with artists and intellectuals at a rally in a theater in the city of Recife, where supporters chanted his name.

Campaigning on his achievements in reducing poverty at a time of rapid growth fueled by a global commodities boom, Lula has blasted Bolsonaro for the return of hunger among Brazil’s poor during an economic slump caused by the COVID-19 pandemic.

Absent were those former PT officials who helped him win his first successful presidential campaign in 2002, such as his former chief of staff Jose Dirceu, and his graft-tainted former finance minister Antonio Palocci. Both men spent time in jail on corruption charges.

Lula vows he will increase the role of the state in the economy and increase social welfare, while maintaining a free market. Among his main advisers is a young economist, Gabriel Galipolo, former CEO of Banco Fator investment bank and managing partner of Galipolo Consultancy.

The leftist leader has worked to lure allies from Brazil’s powerhouse farm sector to his presidential campaign, looking to fracture Bolsonaro’s strong base in agriculture, a move that risks tensions with his own environmentalist supporters. read more

Trailing in the polls, Bolsonaro has repeatedly questioned Brazil’s electronic voting system, making baseless claims that it is vulnerable to fraud, which has raised fears he will refuse to concede defeat in October. read more

“He is trying to sow confusion by spreading doubts about the voting machines, but deep down what he doesn’t want is for the working people of this country to vote,” Lula said on Wednesday.

“He doesn’t want you to vote,” he told a rally in Garanhuns, his birthplace in the dry interior of sun-baked Pernambuco.