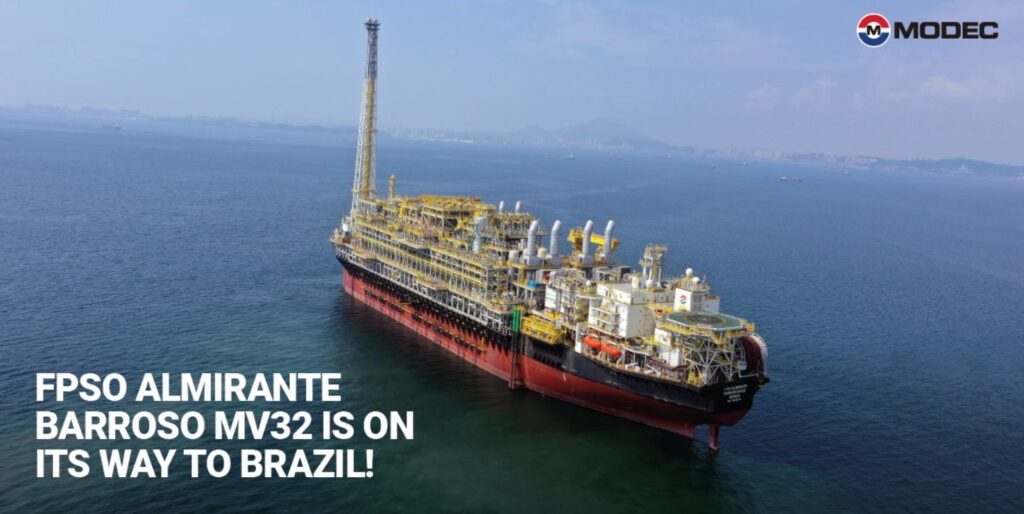 Converted from a very large crude carrier (VLCC) and delivered by COSCO Shipping Dalian in China, the FPSO Almirante Barroso MV32 started its navigation towards Brazil last Sunday, MODEC informed earlier this week. This will be the fifth FPSO vessel deployed at the Petrobras-operated Búzios field.

MODEC was responsible for the engineering, procurement, construction, mobilization chartering, and operations of the FPSO, including topsides processing equipment as well as hull and marine systems. SOFEC, a MODEC group company, was in charge of the design and supply of the spread mooring system for the floating unit.

Announcing the vessel’s journey, MODEC said that, after arriving in the country, the giant vessel will continue to be commissioned in the city of Angra dos Reis, in the southern region of the Rio de Janeiro state.

The Almirante Barroso MV32 – which will have the capacity to produce up to 150,000 barrels of oil and process 6 million cubic meters of gas daily – is the 15th platform built by MODEC for the Brazilian offshore. According to MODEC’s website, the first oil production is planned for 2022. The duration of the charter period is set at 21 years.