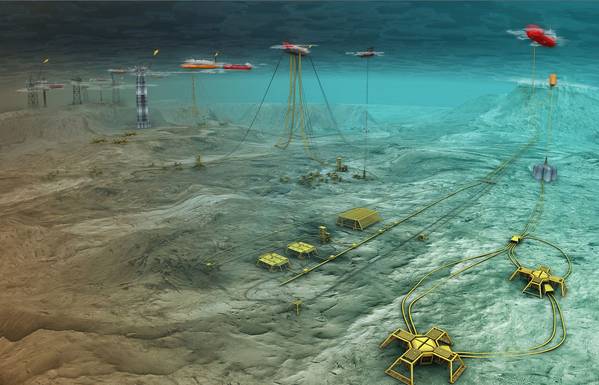 The world market for the supply of underwater Christmas trees should have Brazil as the main stage during this third quarter. In a survey carried out by Westwood Energy, the main contracts of the type expected for the period between July and September should include Shell’s Gato do Mato projects in the Santos basin; Maromba, from BW Energy, in the Campos basin; in addition to Trion, from Woodside Energy, in Mexico. So far, 123 worldwide contracts for underwater Christmas trees have been awarded in 2022. That number could rise to 262, in the most optimistic scenario.

The discovery of the Brazil Gato do Mato prospect was made in 2010, based on exploratory work carried out in block BM-S-54. In 2017, Shell acquired the Sul de Gato do Mato area, in the pre-salt layer, during the 2nd sharing round. This venture will be particularly important, as it will be the first to be operated by Shell in the pre-salt, with production starting scheduled for 2026. The FPSO contracted for the area will have the capacity to produce 90,000 barrels of oil per day and process 8, 5 million cubic meters per day of natural gas.

Meanwhile, the Maromba field operated by BW Energy which has already announced that it will use the FPSO Polvo in the project. The development plan for the field is based on an initial three-well drilling campaign, with the first oil planned for 2025. In addition, a second campaign with three more wells is planned for 2027. With advances in these two ventures, the market expectation is that both Shell and BW Energy will reveal subsea equipment suppliers for the fields by the end of September.

Looking at the global market, in June 2022 only the subsea tree contract for the CLOV phase 3 project in Angola was announced, which involves up to five subsea trees. This brought the global subsea tree unit count to 123 units in the first half. That number is 42% lower compared to forecasts made by Westwood in January 2022. The company added that its underwater tree demand outlook for the period between 2022 and 2026 remains unchanged at approximately 1,540 units. Petrobras will lead the list with the highest number of orders in this time interval (217).

Still in June, TechnipFMC declared that it got closer to making new subsea supplies in Brazil. The company announced that it has signed a letter of intent with Equinor for an integrated front-end engineering and design (iFEED) study on its BM-C-33 offshore development in Brazil. The FEED study includes an option to proceed with a direct contract to TechnipFMC for the project’s integrated engineering, procurement, construction and installation (iEPCI) scope of work, with a final investment decision expected in the first half of 2023.

For the remainder of the year, Westwood Energy says it anticipates more than 64 subsea Christmas tree contracts worldwide. Another 75 deals are classified as probable or possible.