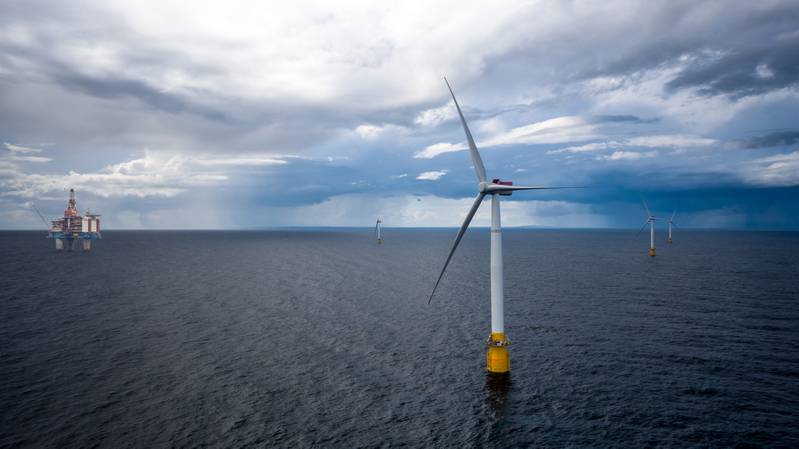 Equinor’s Hywind Tampen floating wind farm in Norway will become operational this year, becoming the world’s largest floating wind farm, however, it will not be as big as planned, at least not in 2022, due to steel quality issues found in four of 11 turbines.

Namely, as previously reported, Equinor is developing the 11 turbine 88MW floating wind farm to power its five offshore oil and gas platforms in the North Sea off Norway, Snorre A, and B, and Gullfaks A, B, and C. The turbines will be able to deliver 35% of the platforms’ electricity demand.

However, Equinor on Wednesday said that only the seven first Hywind Tampen turbines would come on stream this year as planned, with the final four to be installed next spring.

“Supply chain bottlenecks, most notably related to the global market for steel, preclude delivery of the final four tower sections for the wind turbines until September 2022.  This will be too late in relation to the installation weather window for the year, postponing installation of the remaining four turbines until next year,” Equinor said.

Siemens Gamesa is the supplier of towers, nacelles and blades for the project.

“Deviations in steel quality in four tower sections were found, and corrective actions were immediately implemented. The difficult market situation for steel has however delayed delivery. Siemens Gamesa is working closely with their suppliers and Equinor to expedite all deliveries. The seven turbines already assembled have been thoroughly tested and meet all quality specifications,” Equinor said. 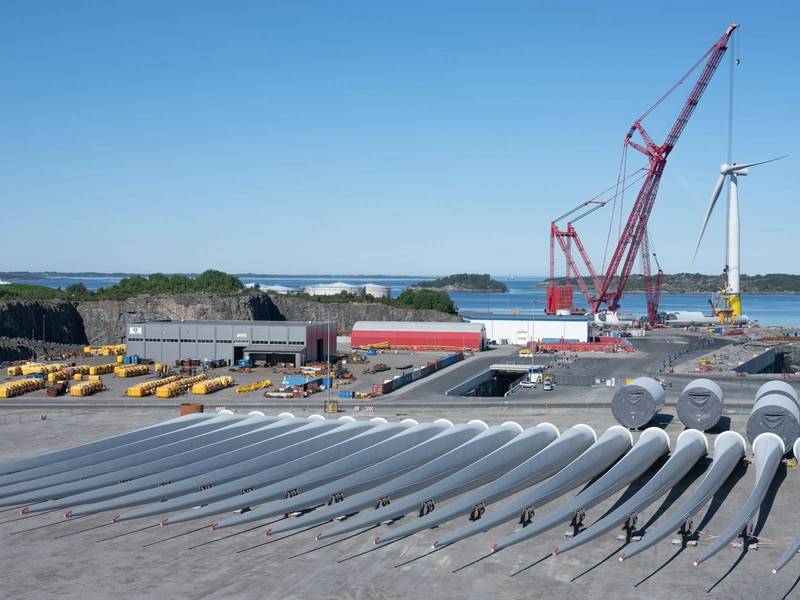 Hywind Tampen being assembled at the Wergeland Base in Gulen.Credit: Ole Jørgen Bratland

“Seven turbines have been assembled and four are now installed on the field. The plan is to start production during the year and supply electricity first to Gullfaks, then to the Snorre field,” says project director Olav-Bernt Haga.

The wind farm will be located about 140 km off the Norwegian coast in water depths between 260 and 300 metres.

The turbines are installed on floating concrete structures with a shared anchoring system. The first seven turbines are scheduled to start producing power in the third quarter of 2022. According to Equinor, the offshore wind turbines have been upgraded from 8 to 8.6 MW, “making the wind farm more robust.”