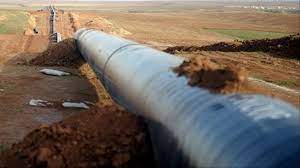 (Reuters) – Argentina will take a key step on Friday in the construction of a major new natural gas pipeline for its huge Vaca Muerta shale formation, vital to helping the South American country reverse a deep energy deficit that is costing it billions of dollars.

The government, rattled by a recent shakeup in the economy ministry, will hold the last stage of the tender to select a firm for the construction work for the pipeline’s first phase, with work expected to begin in October and end in 2023.

New Economy Minister Silvina Batakis, who oversees the energy secretariat, this week gave her backing to the project after her predecessor Martin Guzman abruptly resigned. Domestic gas supply has become a focus with spiking global prices.

“There is consensus across the political spectrum for this work,” said a government source who asked not to be identified, adding there was a “group of interested firms” and that the government hoped to award the tender in August.

The development of the gas pipeline is being led by Energía Argentina, a public company under the orbit of the Secretary of Energy, which reports to the Ministry of Economy.

The gas pipeline and related works will allow transport capacity to be increased initially by an estimated 11 million cubic meters of gas per day.

The new pipeline is key because the current system is overwhelmed, limiting the country’s ability to replace LNG imports which have spiked in price due to Russia’s invasion of Ukraine. Vaca Muerta is the world’s second largest reserve of shale gas and the fourth largest oil reserve.

In 2021, Argentina imported 56 LNG cargoes for $1.1 billion, at an average value of $8 per million British thermal units (mmBtu), to meet the gas needs of industries and homes, according to official data. Argentina imports around 20% of the gas it consumes.

This year it has already imported 41 cargoes at an average price of $30 per mmBtu, which could total some $3.7 billion in 2022 and lead to an over $6 billion energy deficit, estimated Daniel Dreizzen, analyst at consultancy Ecolatina.

The pipeline could eventually change the scenario.

“The impact that the gas pipeline will have on the trade balance in Argentina is very strong, because that local gas will replace the more expensive imports made by the country,” said Dreizzen, also a former energy official.