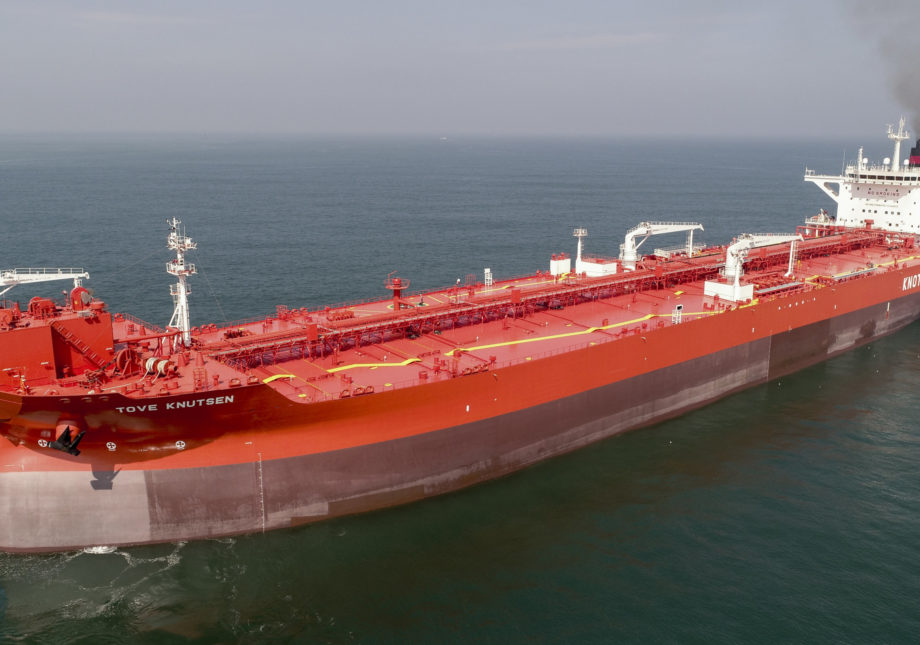 (BW) KNOT Offshore Partners LP (the “Partnership”) (NYSE:KNOP) announced today that its wholly owned subsidiary, KNOT Shuttle Tankers AS, has acquired KNOT Shuttle Tankers 35 AS, the company that owns the shuttle tanker, Synnøve Knutsen, from Knutsen NYK Offshore Tankers AS (“KNOT” “Sponsor”) (the “Acquisition”). The purchase price of the Acquisition, which has been financed on a non-dilutive basis using borrowings under a new and separate sale and leaseback agreement with respect to the Torill Knutsen, is $119 million, less $87.7 million of outstanding indebtedness.

The Synnøve Knutsen, a 153,000-deadweight ton DP2 Suezmax class shuttle tanker, was built by Hyundai Heavy Industries and delivered in October 2020. The vessel is operating in Brazil under a five-year time charter with Equinor Shipping Inc., providing fixed-rate firm employment through to at least the first quarter of 2027. The charterer has options to further extend the charter for up to 15 additional years. The Synnøve Knutsen is the Partnership’s eighteenth vessel.

The Acquisition was approved by the Partnership’s Board of Directors and independent Conflicts Committee, who were supported by an outside independent financial advisor and outside legal counsel.

On June 30, 2022, the Partnership through its wholly-owned subsidiary, Knutsen Shuttle Tankers 15 AS, which owned the Torill Knutsen, closed a sale and leaseback agreement with a Japanese-based lessor for a lease period of ten years. The gross sales price was $112 million and a portion of the proceeds was used to repay the outstanding loan and cancelation of the interest rate swap agreements related to the vessel. The bareboat rate under the lease consists of a fixed element per day and there is a fixed-price purchase obligation at maturity. After repayment of the loan and related interest rate swaps, the Partnership realized net proceeds of approximately $40 million after fees and expenses, then used approximately $31 million of those net proceeds towards the Acquisition.

Gary Chapman, CEO of the Partnership, commented, “By successfully executing this dropdown with an attractively priced sale-leaseback, we are pleased to strengthen our distribution coverage and lengthen our average remaining charter duration, while also meaningfully reducing our medium-term refinancing needs and adding the surplus proceeds raised to our pool of liquidity. This dropdown demonstrates not only our ability to deliver accretive fleet growth, but also our commitment to acting in the best interests of our unitholders keeping the priority of our distribution in mind.”

“While the current shuttle tanker charter market continues to reflect the effects of temporary capex pauses instituted by the oil majors at the onset of the COVID-19 pandemic, we are increasingly seeing a catch-up in offshore development activity in the form of both FPSO orders and deliveries and a marked increase in inbound shuttle tanker chartering inquiries for the quarters and years ahead in our main market of Brazil. Additional discoveries in shuttle tanker-reliant deep-water regions, substantial committed development capex from our customers and a rapidly dwindling shuttle tanker orderbook give us confidence that the medium and long-term prospects for our business are very promising.”