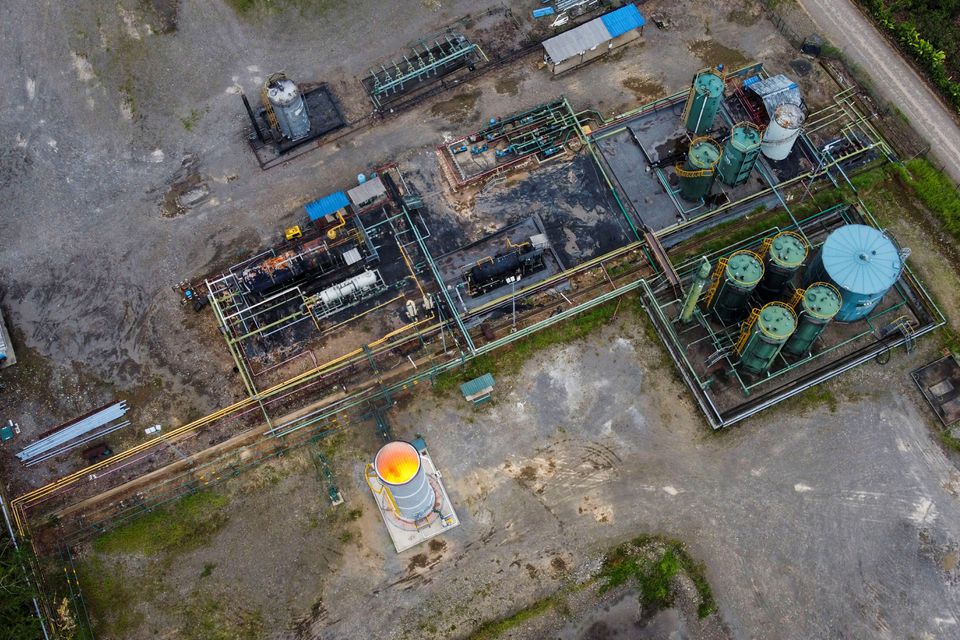 (Reuters) – Ecuador’s state oil company Petroecuador hopes to be able to lift a declaration of force majeure over its Oriente crude exports by July 7, following an agreement between the government and indigenous leaders that put an end to over two weeks of protests, a company executive said on Thursday.

A pact to end the crisis, which left at least eight dead and cut oil output to about half of the pre-protest 500,000 barrels per day (bpd), was reached on Thursday between the government of President Guillermo Lasso and indigenous leaders. read more

The demonstrators’ demands forced fuel price cuts and reforms of oil and mining laws to ensure communities will be consulted on projects.

The force majeure notice, enforced on June 28 over exports of Oriente crude, is not expected to be extended to shipments of Napo heavy crude, Noboa said.

The Andean country’s crude production fell to 234,310 bpd as of Wednesday, following the closure of more than 1,200 wells operated by Petroecuador and the private sector, due to lower fuel supplies and road blocks.

“Wells will be reactivated little by little and production will be recovered,” the executive said.