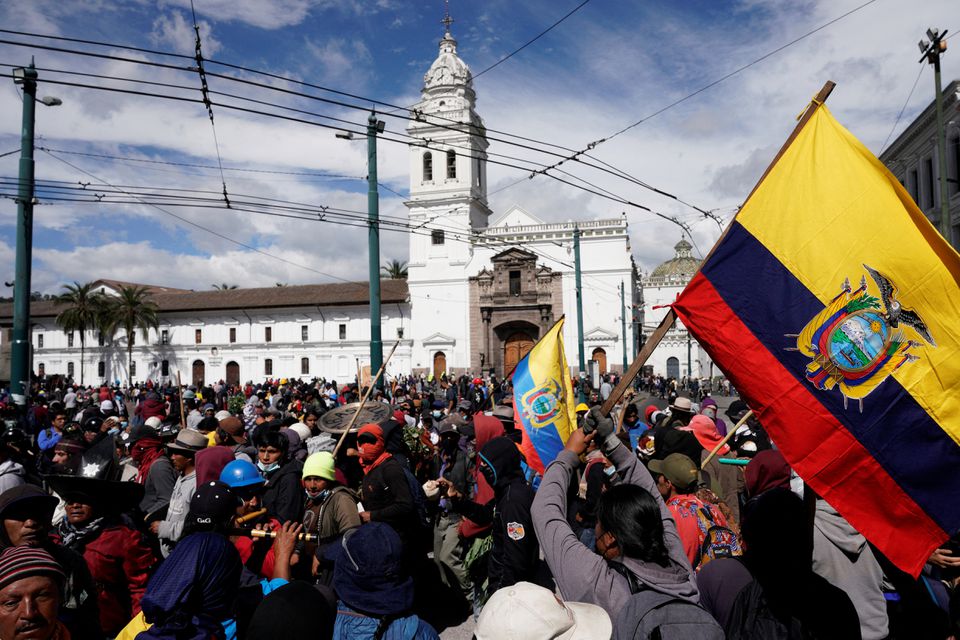 At least eight people have died and road blockades have led to food and medicine shortages. The crisis has halved oil output, the country’s main source of revenue, to some 234,500 barrels per day while forcing reductions in fuel prices, though protest leaders have called the price cuts insufficient. read more The energy minister on Sunday said oil output could be completely halted in a matter of days over “acts of vandalism, taking over wells and closing roads.” read more

Petroecuador said on Wednesday it has not yet rescheduled the suspended Oriente cargoes.The firmsaid it had issued a wide force majeure declaration over oil exploration, production, transport and exports on June 18, and enforced the cargo suspension on June 28.

“Once the force majeure is overcome, the company will timely notify companies about operations to coordinate the (cargo) rescheduling,” it said in a release.

Exports of Napo heavy crude have continued flowing, according to trading and company sources, as the privately held OCP pipeline, which transports that grade from oilfields, is working with “relative normality.” The state-owned SOTE pipeline remains halted since Monday due to low flows.

Customers including BP (BP.L) and Marathon Petroleum (MPC.N), which had resorted to Ecuadorian oil to try and replace cargoes of Russian crude lost due to sanctions, are now in talks with other Latin American and Middle Eastern producers, including Brazil’s state-run Petrobras (PETR4.SA), to buy oil cargoes for refining, the trading sources said.

Peru’s state-run Petroperu also had won a tender to receive Ecuadorian crude in coming weeks for its Talara refinery, which is set to restart this year after an expansion project. But cargoes were ultimately resold to BP, which is waiting for a rescheduling to get the oil delivered.

Ecuadorean President Guillermo Lasso survived an attempt by opposition lawmakers to oust him on Tuesday after he insisted his government would not negotiate further with an indigenous leader to end more than two weeks of paralyzing protests.