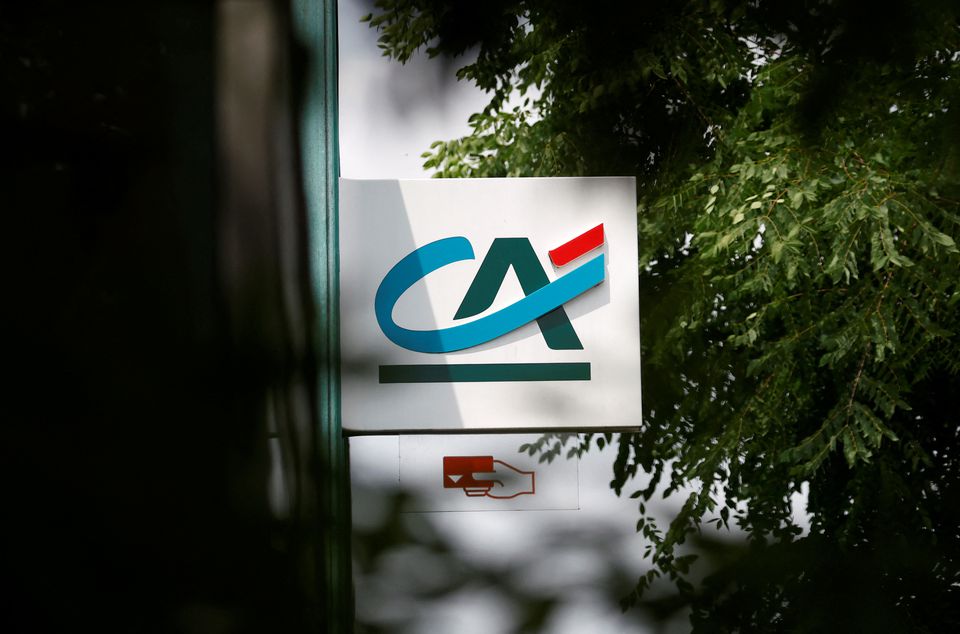 (Reuters) – French lender Credit Agricole (CAGR.PA) on Wednesday set out targets to cut its exposure to the financing of emissions from the oil and gas sector and boost renewable energy lending.

The move comes as the sector faces growing regulatory and investor pressure to align lending with the world’s climate goal, aiming to cap global warming at 1.5 degrees Celsius above the pre-industrial average by mid-century.

In a strategy update, Credit Agricole, the country’s second-biggest listed lender, said it expected emissions linked to its loans to the oil and gas sector to fall 30% by 2030, while those connected with lending to the autos sector would fall by half.

By the end of 2022, the bank said it would publish decarbonisation pathways for other energy-intensive sectors including steel, cement, power, commercial real estate and shipping.

Those for agriculture, aviation and residential would follow in 2023, collectively covering 60% of the bank’s credit exposure.

In addition, the bank said it aimed to invest more in renewable energy, growing its portfolio of loans by 65% by 2025 to reach 14 Gigawatts, equivalent to the average energy needs of around 5 million households.

While backing the move to set targets for the two sectors, a requirement of Credit Agricole’s membership of the Net-Zero Banking Alliance – a group of banks pledging climate action – non-profit Reclaim Finance said more action was needed.

“We welcome Credit Agricole’s announcement which acknowledges for the first time the need to phase out oil and gas and to complement their 2030 decarbonization targets with measures to immediately reduce emissions in the real world,” said Director Lucie Pinson.

“We call on Credit Agricole to cement this ambition by becoming the first French bank, as it was on coal, to end direct and indirect support for new oil and gas fields.”