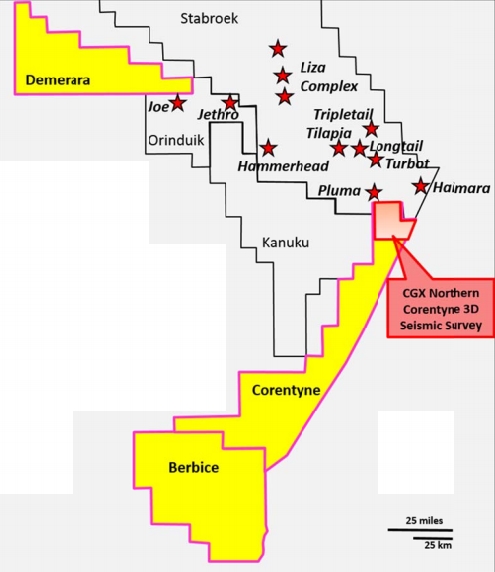 The decision follows the discovery at the Kawa-1 exploration well on the Corentyne Block.

The Wei-1 exploration well will be drilled in water depth of approximately 1,912 ft (583 m) to a targeted total depth of 20,500 ft (6,248 m) and will target Maastrichtian-, Campanian- and Santonian-aged stacked channels in a western channel complex in the northern section of the Corentyne Block.

ON Energy, which is a 62.5% owned subsidiary of CGX and is the holder of the petroleum prospective license of the Berbice Block, also has been in discussions with the government of Guyana, and it has reached an agreement in principle to relinquish the Berbice Block through a mutual termination agreement, which also remains to be defined and documented, so the Berbice Block can be relinquished in a timely manner, similar to the Demerara Block.