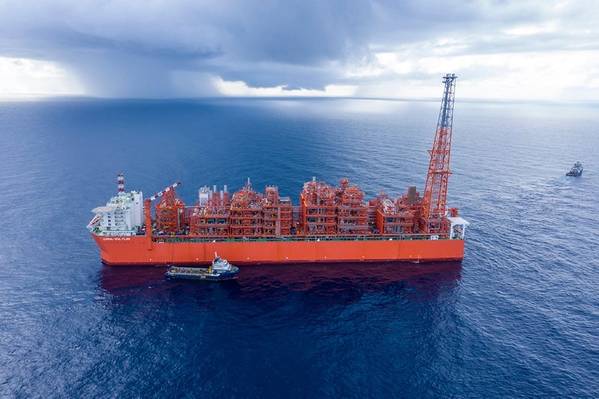 Italian oil and gas company Eni said Saturday that the first hydrocarbons had been introduced  from the Coral South reservoir offshore Mozambique into the Coral South FLNG unit.

Coral South, also known as Coral Sul, FLNG will now be ready to achieve its first LNG cargo in the second half of 2022, adding Mozambique to the LNG-producing countries.

“Hydrocarbons introduction comes after the safe and timely conclusion of the offshore commissioning activities. The FLNG arrived at the final operating site offshore Mozambique in early January 2022; mooring and connection to six underwater production wells were finalized in March and May 2022, respectively,” Eni said.

The Coral Sul FLNG is 432 meters long and 66 meters wide, weighs around 220,000 tons, and has the capacity to accommodate up to 350 people in its eight-story Living Quarters module. The FLNG is located at a water-depth of around 2,000 meters and is kept in position by means of 20 mooring lines that total 9,000 tons.

Coral Sul FLNG has a gas liquefaction capacity of 3.4 million tons per year (MTPA) and will put into production 450 billion cubic meters of gas from the giant Coral reservoir, located in the offshore Rovuma Basin. Coral-Sul FLNG is the first floating LNG facility ever deployed in the deep waters of the African continent.