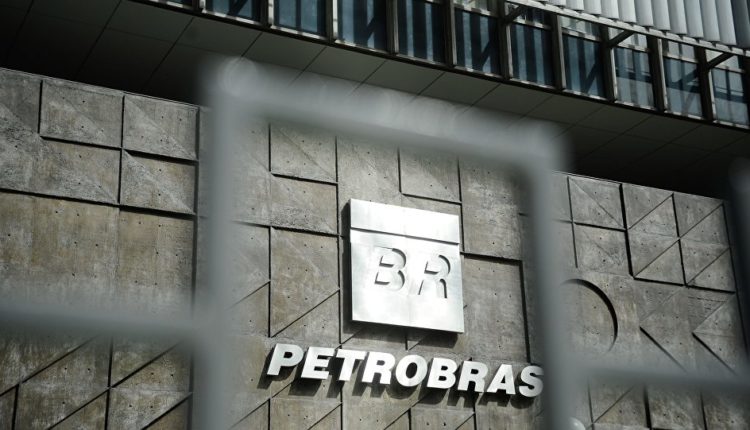 – Petróleo Brasileiro S.A. – Petrobras informs that it received, at 20h44min of 06.15.2022, the nomination of candidates to the Board of Directors (BD) by minority common shareholders, if the multiple vote system is adopted, for election to the Board of Directors, for the Extraordinary General Meeting to be convened by the Company, with no date yet set.

The minority shareholders indicated Mr. José João Abdalla Filho and Mr. Marcelo Gasparino da Silva as candidates to the Board of Directors.

The Company informs that the minority shareholders also made a request to adopt the multiple vote system in the election of Board members in the Extraordinary General Meeting to be convened by the Company, although its effective adoption will depend on the request of shareholders holding at least 5% of the Company’s common shares, which has not yet occurred (as per Article 141 of Law 6,404/76 and Article 3 of CVM Resolution 70/2022).

Finally, Petrobras clarifies that all of its General Meetings are subject to a minimum period of 30 days between the call and the meeting, because it is an issuer of shares that serve as collateral for American Depositary Receipts (ADRs), as disclosed in item 12.2 of its Reference Form.

Below are the candidates’ resumes:

Mr. José João Abdalla Filho is a banker, CEO and controlling shareholder of Banco Clássico S.A. He is also CEO of Dinâmica Energia S.A., of Jupem S.A. Participações e Empreendimentos, of Navegação Porto Morrinho S.A. (NPM), of Agro Imobiliária Primavera S.A. and of Socal S.A. Mineração e Intercâmbio Comercial e Industrial. He is a sitting member of the Board of Directors of Transmissora Aliança de Energia Elétrica S.A. (TAESA) and Companhia Energética de Minas Gerais (CEMIG), and an alternate member of the Board of Directors of Companhia Distribuidora de Gás do Rio de Janeiro (CEG). (resume as per Reference Form)

Mr. Marcelo Gasparino da Silva is a lawyer, Bachelor of Laws from UFSC, and a specialist in business tax administration from Escola Superior de Administração e Gerência da Universidade do Estado de Santa Catarina (ESAG). He is certified in mergers and acquisitions by the London Business School and in CEO for Senior Executives by Fundação Getúlio Vargas (FGV). Additionally, he is a professor at the Fundação Escola de Governo (ENA), teaching certification courses for managers of state-owned companies. His professional trajectory in companies of the mining and steel, oil & gas, petrochemical, logistics, energy generation, transmission and distribution, natural gas distribution, steel transformation, base industry, civil construction, roofing for civil construction including photovoltaic generation, vehicle distribution, agribusiness and basic sanitation sectors acquired him competencies, capabilities and knowledge, skills that allow him to contribute constructively in the most diverse matters and strategies that are addressed in the boards where he participates, such as turnaround, capital structure, mergers & acquisitions, sale of non-core assets, financial restructuring of companies in crisis, including judicial reorganization, executive succession, legal issues of high complexity and leadership in facing crises of global impact such as COVID-19, among others. He is a Board Member certified by the Brazilian Institute of Corporate Governance – IBGC in 2011 by examination and by experience in 2019. He began his executive career as Legal-Institutional Director of Celesc (2007-2009); He was Chairman of the Board of Usiminas during the height of the economic crisis of 2015-16, with shares reaching as high as R$0.85 in January 2016 and surpassing R$4.00 after important Board action in April of the same year. In April 2017, he assumed the Presidency of the Board of Directors of Eternit, which suffered an important setback in a legal issue that banned the use of asbestos in Brazil, which dragged the company into a Judicial Recovery Process starting in 2018. Leading the Board in the complex moment, he acted for Eternit to pursue a new business with photovoltaic energy, launching Eternit Solar and Tégula Solar in 2019, including in its portfolio product with technology and innovation. He was a member of the boards of Bradespar (2015-16), Battistella (2016-17), Casan (2019), Celesc (2011-14 and 2018-19), Eletrobras (2012-14 and 2016), Eletropaulo (2016-18), Gasmig (2020-21), Kepler Weber (2017-20), Tecnisa (2012-14) and Usiminas (2012-16). He was a member of the fiscal boards of AES Tietê (2013-14), Bradespar (2014-15) and Braskem (2018-19). He has been a member of the Board of Directors of Petrobras since 2021. (resume as per Reference Form).