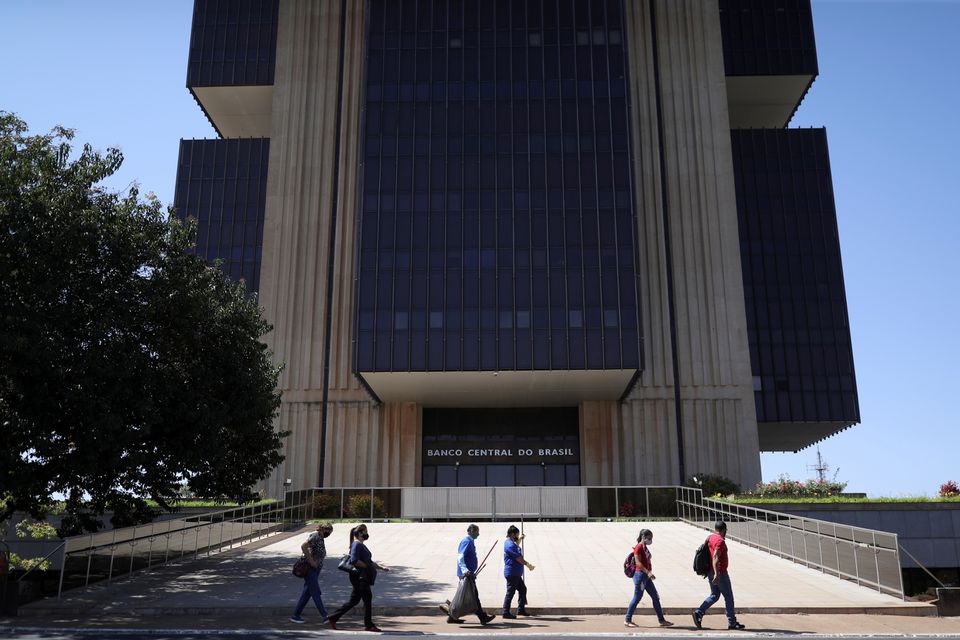 (Reuters) – Brazil’s central bank on Wednesday raised interest rates by 50 basis points, in line with prevailing market expectations, and signaled another increase coming in the world’s most aggressive rate-hiking cycle.

The bank’s rate-setting committee, known as Copom, raised its benchmark Selic interest rate to 13.25%, the highest level since the beginning of 2017 and up sharply from a record low of 2% in March 2021. A Reuters poll last week found 25 of 30 economists expected the 50-basis-point increase.

Still, there were doubts about whether policymakers would continue with a 12th straight increase in August, adding to the biggest current rate-hiking cycle among major economies.

“For its next meeting, the Committee foresees a new adjustment, of the same or lower magnitude,” policymakers wrote in their decision statement.

The decision to push on with aggressive rate hikes, expected to cool Latin America’s largest economy beginning in the second half of this year, came as the U.S Federal Reserve approved its largest interest rate increase in more than a quarter of a century to curb the impact of surging commodities prices and disarray in global supply chains. read more

Brazil’s consumer prices rose 11.7% in the 12 months through May, with persistent and widespread inflationary pressures throughout the Brazilian economy affecting expectations for next year.

Pedro Hallack, an economist at Guide Investimentos, said Copom’s statement was more hawkish than expected, passing up the chance to signal an approaching end to the tightening cycle.

“On the contrary, they already contracted a new hike as the most likely scenario,” Hallack said, forecasting another increase of 50 basis points in August.

Copom flagged in its decision a wave of proposed tax breaks, which President Jair Bolsonaro has pushed in an effort to take the edge off inflation ahead of an October presidential vote.

A Reuters analysis found most of those tax breaks are set to expire at the end of 2022, leading analysts to warn of looming inflationary pressures early next year. read more

Policymakers highlighted in their decision that the tax measures would bolster inflation “in the relevant horizon for monetary policy … which includes 2023.”