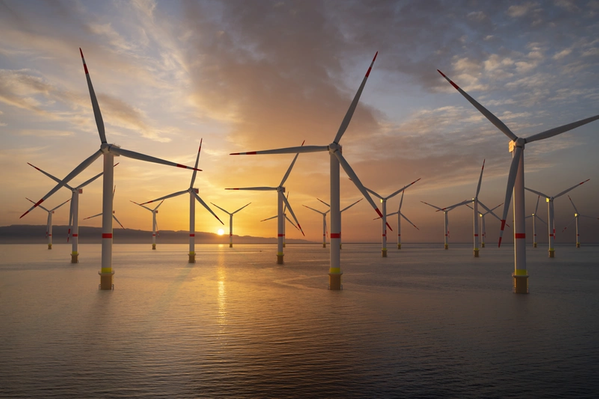 (RC) Brazil has made a surprise leap forward to take lead position among global offshore wind power project pipelines with almost 100GW in development, according to new calculus from research house the Renewables Consulting Group (RCG).

According to RCG’s latest Global Offshore Wind Annual Market Report, the South American nation – which has yet to install a single turbine in its waters – now has 97GW “all in development”, with the UK in second with 83.6GW, Vietnam third with 65.6GW, and China (63.1GW) and Taiwan (51.6GW) rounding out the top five markets at the end of 2021, as sector development capacity grew almost 90%.

“With offshore wind continuing to emerge in new markets, it is clear that many decision-makers envision offshore wind is as the key fulcrum in their low-carbon energy ambitions.

“The UK [has] 10.5GW operational and 9.8GW secured, Vietnam continues its massive pipeline, China installed a record breaking near 8GW of capacity throughout 2021… and notably, Australia, Italy and Finland [all became] new entrants among the world leaders, signifying the growing popularity of offshore wind as viable options for transition to a low-carbon economy,” he said.

“The predominant theme, however, was leasing activity – particularly across the Europe. Scotland allocated almost 25GW of capacity in the ScotWind process, its first offshore leasing round in a decade. The first contract for differences round for offshore wind projects took place in Poland, with 5.9GW of capacity securing a route to market.​ The first new auction for projects under German’s offshore wind act took place.

“The first commercial-scale floating wind project auction in France was launched. Many more auction firsts are to be expected in the coming years, as the groundwork was laid for future site allocations in Spain, Greece, Italy, Norway, Ireland and Lithuania.”

The report cautioned, however, that despite the volume of lease successful activity, “some projects will encounter challenges going forward”, adding that “of the leases and site allocations in the UK, Poland, Germany, Japan and the US since the beginning of 2021, no single process has been without fault.”

“[Projects] have been awarded in areas with known consenting barriers, seabed costs have been substantial, projects have been secured despite prolonged development timelines, and in many cases, too little capacity has been awarded too late,” flagged RCG.

“Brazil, as a prime example, has seen numerous proposals submitted for wind farms with overlapping seabed areas, but with no defined allocation process in the case of competitive development, future visibility for successful projects is severely limited, incurring risks on prospective developers, offtakers and the supply chain.”

New project leasing has been “underpinned – and in some cases driven – by an incredible expansion in the global development portfolio”, said RCG, with markets including Brazil, Italy, Spain and Australia all having been “pushed to draft and ready offshore wind leasing and development frameworks in response to proposals for tens of projects competing for seabed areas and grid connection points”.

The report highlight floating wind power “continued ascendancy”, with total capacity of projects increasing by 116GW in 2021 and more than 54GW added to the sector pipeline in the Europe, Middle East and Africa region since the year before.

“Building on a breakout year in 2020, floating wind continues to be a viable option for deep water seabed areas. New projects moved the UK to the top of the global floating wind rankings. Sweden and Australia also emerged as key floating markets, and capacity development in Asia-Pacific excluding China grew by 10GW,” said RCG.