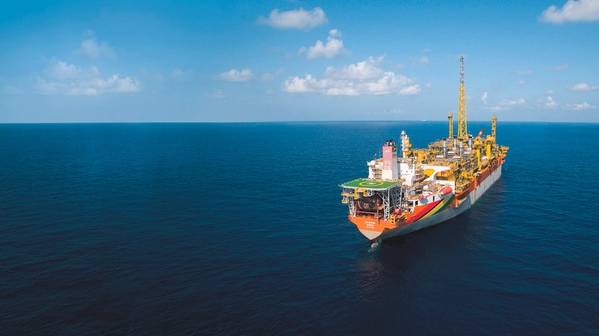 (Y!F) With billions of people staying at home and the global economy shrinking, oil demand dropped significantly amid the coronavirus pandemic. Oil markets had been in turmoil and producers throughout the world encountered more challenges than ever.

However, two years after the pandemic-driven epic oil price crash, optimism is back in the sector, with the commodity rallying above $100-a-barrel to multi-year highs. Apart from geopolitical uncertainties amid Russia’s military operations in Ukraine, oil’s remarkable turnaround has been prompted by a demand spike due to the reopening of economies and a rebound in activity.

Although oil contributes to global warming and other environmental issues, the world will have to continue to rely on fossil fuels due to the rising energy demand. In this context, the regular and timely discovery of resources assumes greater importance, considering the lack of investment in such endeavors over the past few years, plus the pivot to short-cycle (or shale) production.

One of the hottest new sources of oil and gas could be found in the offshore Guyana-Suriname Basin along the north coast of South America. The increasing number of discoveries in recent times provided for the possibility of Guyana becoming a major oil producer.

Multi-billion barrels are remaining on top of the discovered recoverable resources in the block. Guyana’s rising production will help Hess increase production at a 10% annual rate. Also, it will help the company avoid making acquisitions to sustain higher dividends to shareholders.

A consortium led by Exxon Mobil Corporation XOM unveiled 11 billion barrels of oil and gas in the country. Hess owns a 30% stake in the consortium, which made more than 30 oil discoveries at a depth of 15,000 feet in the giant Stabroek block. The consortium commenced drilling at 18,000 feet.

ExxonMobil currently has four sanctioned projects off Guyana’s coast. Drilled in January 2022, the Fangtooth discovery well could support another production unit. The Guyana projects are ahead of schedule, with ExxonMobil’s third planned platform likely to start production at Payara as soon as third-quarter 2023 from 2024 stated earlier.

Guyana is in talks with ExxonMobil to develop a 120-mile offshore gas pipeline. Guyana is trying to build infrastructure, including a gas-fueled power facility, to develop its economy following ExxonMobil’s discovery of the world’s largest oil reserves last decade. The pipeline would bring the associated gas to land from ExxonMobil’s oil production in the Stabroek block.

In May 2022, ExxonMobil awarded a contract to oilfield service major TechnipFMC FTI to proceed with its Yellowtail development in the Stabroek block offshore Guyana. The contract, which is ‘significant’ per TechnipFMC, is believed to be valued between $75 million and $250 million. It covers six risers, which are capable of withstanding high pressure and high temperature.

TechnipFMC also got the full notice to go ahead with the formerly declared contract for the subsea production system, following ExxonMobil’s final investment decision. The large part of the entire contract award will be included in FTI’s second-quarter inbound orders.

To conclude, Guyana is in an advantageous position as the world’s latest major oil producer. Apart from being commercialized, the country’s oil can transform the nation’s wealth. The country currently produces more than 340,000 barrels of oil per day.