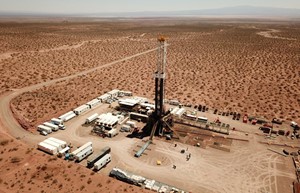 (Reuters) – Argentina has launched a tender process to build a new gas pipeline out of its huge Vaca Muerta shale formation that is expected to increase current transport capacity by 25%, the government said late on Friday.

Companies have until July 8 to submit bids, according to a publication in Argentina’s official gazette.

The pipeline will have a length of 563 kilometers (350 miles) and connect the province of Neuquen with Salliquelo, an area west of Buenos Aires.

The estimated cost of the project is $1.5 billion and would take about 18 months of work to complete construction.

Argentina aims to reverse a major energy deficit in the South American country, and bring in much-needed foreign currency through gas exports.

The Vaca Muerta shale formation is the world’s fourth-largest shale oil reserve and the second largest for shale gas.