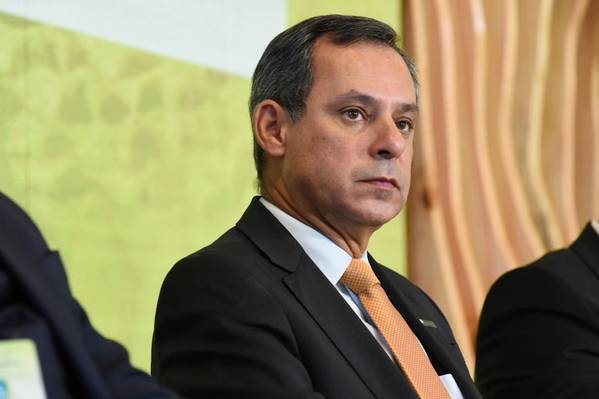 (Reuters) Brazilian President Jair Bolsonaro, seething about fuel prices as his poll standings slip ahead of October’s presidential election, has intensified his calls to shake up the board and management of state-run oil company Petrobras.

But it will take at least 45 to 60 days to complete the necessary procedural and bureaucratic steps to install a new board and management, according to four people close to the current executive board. That would leave him just two months before the election to pressure the company to decouple its fuel prices from international market gyrations.

The right-wing Bolsonaro has deposed various Petrobras CEOs for failing to control rising fuel prices, but his hand-picked choices have ended up backing a free-market approach and opposing fuel-price controls, saying these have not worked in the past. The latest surveys show Bolsonaro now trailing by double digits in his reelection campaign.

Last week, Bolsonaro announced he was swapping out current Petrobras Chief Executive José Mauro Coelho after less than 40 days on the job. On Thursday, the president said any senior executives at the company for more than six months may also have to go.

The sources, who requested anonymity to discuss sensitive political and personnel matters, said one major obstacle to the management shakeup is an April decree Bolsonaro signed himself. It requires that new board members, including his latest CEO pick, must have their credentials evaluated by a Petrobras compliance and governance committee.

Only after that assessment can Petrobras schedule an extraordinary shareholders’ meeting at which board members would be replaced, the sources said. Brazilian securities law requires that a notice for such a meeting must be sent to shareholders at least 30 days in advance.

Asked about the timeline, Petrobras outlined the procedural steps required to replace the current CEO, which include a shareholder vote on eight of Petrobras’ 11 board seats.

Bolsonaro’s press office and the Ministry of Mines and Energy did not reply to requests for comment.

Current management at Petroleo Brasileiro SA, as the company is formally known, has set domestic fuel prices following the company’s stated policy of tracking global markets. Defenders of that policy have noted that Petrobras cannot cover all of Brazil’s domestic fuel needs, so excessive discounts could lead to shortages.

In practice, the process of evaluating the new candidates for the board and management has yet to begin.

As of last Friday, Petrobras had not yet received the government’s new nominees to the board, nor a formal indication of Bolsonaro’s new CEO pick, Economy Ministry official Caio Paes de Andrade, according to company sources.

Finding several appointees for both the board and the management team could prove a challenge. Under Brazilian administrative law, employees of public companies can in certain situations be held personally liable for decisions that trigger losses at public companies.

“You can’t find 15 names just like that who want to put their resume and their wealth at risk,” said one of the people.