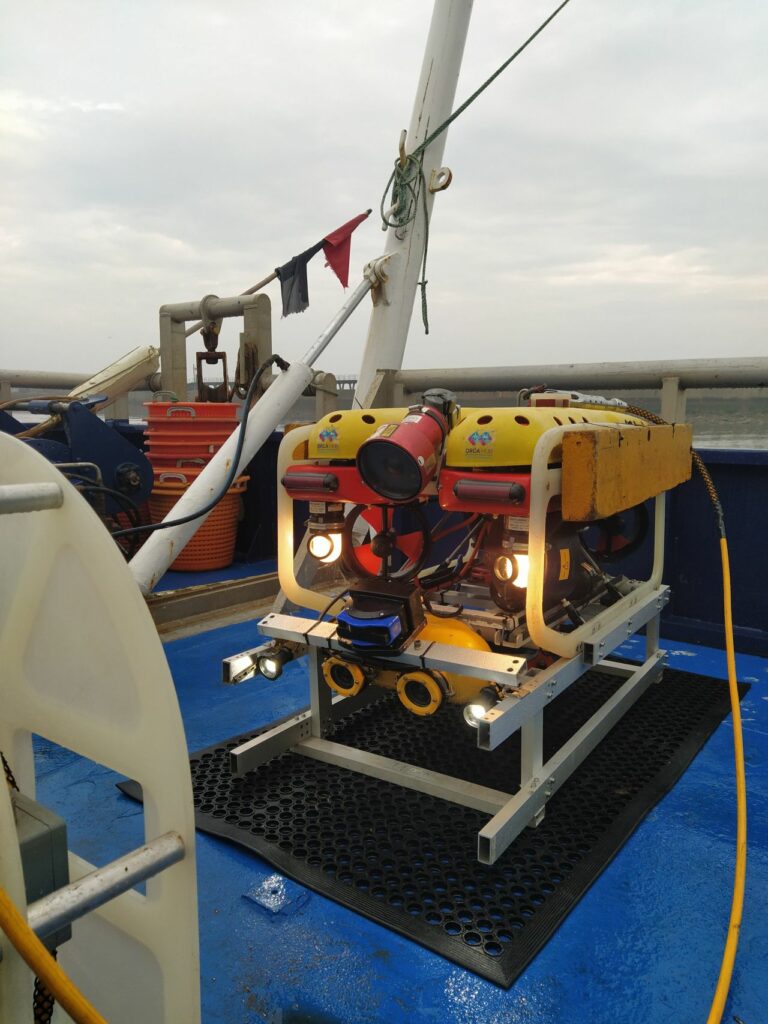 EDF Renewables has carried out what is believed to be the first autonomous wind farm foundation inspection by deploying a customized remotely operated vehicle (ROV) at the Blyth offshore wind farm in the UK.

Equipped and operated from the Offshore Robotics for Certification of Assets (ORCA) Hub, the ROV carried out visual inspections of the gravity-based foundations over the course of four days.

The trials demonstrated the drone’s ability to work autonomously at the site, as it recorded videos to assess the exterior condition of turbine foundations and cables, EDF said.

The autonomous ROV was also used to create a 3D reconstruction of model parts of the underwater assets, which will be used to monitor biofouling and the accumulation of microorganisms, plants, and algae on the turbine foundations.

“This trial demonstrates the enormous potential for underwater robots to autonomously carry out inspection and maintenance of offshore wind turbines, reducing the need and the associated risks of putting personnel into challenging and hazardous environments,” said Dr. Sen Wang, lead of Robotics and Autonomous Systems at the National Robotarium.

“By equipping the ROV with sensors and robot autonomy software developed by the ORCA Hub, we can obtain high-quality videos and build an extremely accurate 3D model of the turbine foundations, providing rich information in a more efficient manner for companies working in this sector.”

Located off the coast of Northumberland, the first phase of the wind farm consists of five wind turbines constructed in 2017. It has a generating capacity of 41.5 MW and is the first UK offshore wind farm to utilise float and submerge gravity base foundations, as well as 66 kV rated inter-array and export cables to connect the turbines to an onshore substation.

At the end of last year, EDF received the marine license variation consent for phase two of the Blyth offshore demonstrator wind farm which is expected to have floating foundations and four or five turbines with individual capacities of up to 14 MW, according to the developer.