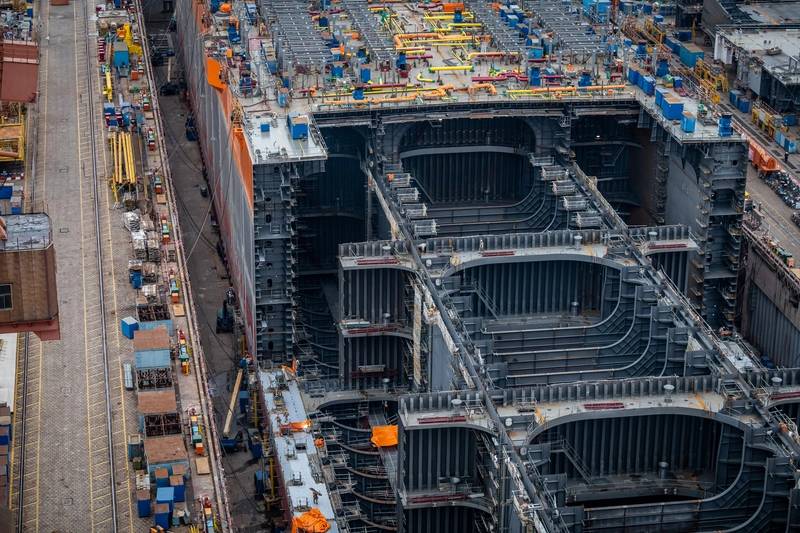 Backlog calculation will be provided in HY22 Earnings Update

Underlying Directional revenues for the first quarter of the year came in at US$970 million compared with US$536 million in the same period of 2021. This increase is driven by a higher contribution from the Turnkey segment benefiting from the divestment of a 45% interest in FPSOs Alexandre de Gusmão and Almirante Tamandaré combined with construction progress to date.

Underlying Lease and Operate revenue increased by 6% year-on-year as a result of FPSO Liza Unity joining the fleet in February 2022, partly offset by the effects from the FPSO Cidade de Anchieta shutdown and no contribution from Deep Panuke platform in 2022.

Year to date, net debt stands at US$5.1 billion supporting ongoing investments in growth. The decrease in net debt compared with year-end 2021 resulted from the earlier described divestments and working capital movements. Nearly all the Company’s debt is project related and as such becomes non-recourse following project execution finalization and release of the Parent Company Guarantee.

Construction activities for the Company’s major projects continue to be impacted by the effects of the pandemic and in particular response measures in China. The current conflict between Russia and Ukraine is adding pressure on price inflation and the global supply chain. Project teams are working closely with both client teams and suppliers to mitigate the impacts on projects’ execution. The degree to which these challenges can be mitigated going forward varies from project to project. The profitability of SBM Offshore’s overall project portfolio remains robust and competitive. An update on the status of individual projects is provided below.

FPSO Sepetiba – The topsides modules have successfully and safely been lifted on board. Integration and commissioning activities are ongoing. The project targets first oil in 2023.

FPSO Prosperity – The work in dry dock has been completed with the mooring and riser support systems installed. The topsides fabrication is ongoing in the yard in Singapore. First oil is likely to occur before year-end 2023.

FPSO Almirante Tamandaré – The topsides fabrication and the Fast4Ward® Multi-Purpose Floater (MPF) hull’s construction are progressing in China and Brazil. The project continues to target first oil in the second half of 2024.

FPSO Alexandre de Gusmão – Following the achievement of steel cutting milestone ahead of plan, site construction activities in fabrication yards are progressing in China and Brazil. First oil is expected in 2025.

FPSO ONE GUYANA – The Fast4Ward® MPF hull has been delivered. Engineering and procurement are progressing in line with project schedule. First oil is expected in 2025.

The six MPF hulls ordered to date under the Company’s Fast4Ward® program have been allocated to projects. Four hulls have been delivered and the remaining two are under construction.

FPSO Cidade de Anchieta – The unit remains in shutdown, while the inspection and repair works to the hull are being completed. Investigation into the root cause of the problem is progressing, and the Company is aligning with the client and authorities on the planning for the restart of production.

Despite the continued challenges brought by the pandemic the fleet uptime during the first quarter of 2022 was 94.2% and the fleet’s underlying performance was 99.6% excluding FPSO Cidade de Anchieta.

The Company’s Total Recordable Injury Frequency Rate stands below the annual target of 0.15.

This guidance considers the currently foreseen impacts from both the pandemic and the conflict between Russia and Ukraine on projects and fleet operations. The Company highlights that the direct and indirect effects of these events could continue to have a material impact on the Company’s business and results and the realization of the guidance for 2022.