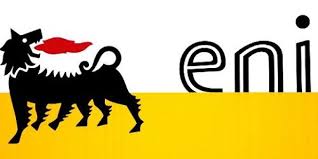 The Italian energy group is looking to use its presence in Africa to provide 14 trillion cubic feet of extra gas and more liquefied natural gas (LNG) to help Europe cut its reliance on Russian supplies.

“We rapidly reacted to the ongoing challenges of the energy market…to find alternative and additional supply opportunities for Europe,” Chief Executive Claudio Descalzi said on Friday.

Eni, whose main shareholder is the state, is one of the biggest wholesale buyers of Russian gas, importing 30 billion cubic metres last year.

It is weighing its options over the payment scheme Russia introduced for buying its gas, sources said. read more

Descalzi said the first quarter marked “clear progress in executing our strategy of delivering security and sustainability of the energy system”.

The conflict in Ukraine sent commodity prices higher when tight supplies and resurgent demand after COVID-19 had already shaken markets.

The group raised its operating profit target for its gas and power business on the back of a supportive outlook for the year, while also raising cash flow expectations.

“Eni is raising guidance… and the outlook for earnings and cash is positive in our view,” said Santander energy analyst Jason Kenney.

Like peers, Eni is overhauling its oil and gas businesses and shifting to renewables and low-carbon energy.

On Friday, it confirmed plans to list its renewables and retail business Plenitude this year in what is likely to be one of Italy’s biggest initial public offerings.

The group could list up to 30% of Plenitude which sources have said could be worth around 10 billion euros. read more