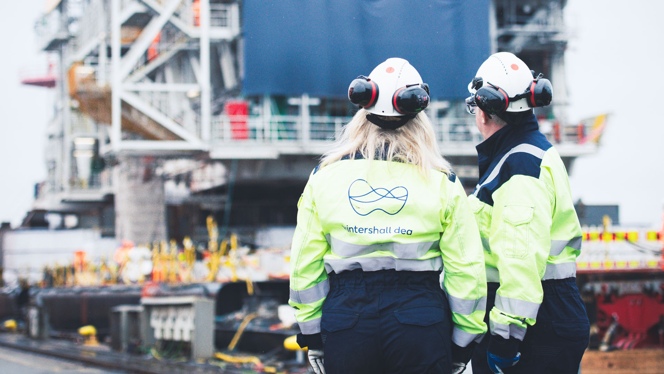 (Reuters) – German oil and gas producer Wintershall Dea (WINT.UL) said on Thursday it will look beyond Russia for growth in a “fundamental” change for the company, but will retain its assets there to avoid them falling to the Russian state.

“There can be and will be no ‘business as usual’ with Russia now,” Chief Executive Mario Mehren told reporters.

The company’s strategy now focused on “strengthening our portfolio outside Russia, the diversification of sources for the supply of energy to Europe and the further boosting of the resilience of our company,” he said.

Mehren said the firm should grow in established markets such as Norway and Algeria, as well as yet unnamed new countries, while production in Germany should stabilise, not decline.

Carbon capture and storage (CCS) and low-carbon hydrogen, to complement and store renewable energies, were other business targets holding billions of euros of marketing potential up to 2040 while contributing to climate protection, he said.

The company, a long-term partner of Russian gas giant Gazprom (GAZP.MM), stopped new projects and payments to the country after Russia’s invasion of Ukraine on Feb. 24.

Mehren said his firm acted only as a producer and had no commodity importing or trading interests.

The company produces gas and oil in 13 countries, with Russia, Norway, Argentina, North Africa and the Middle East its core regions.

Wintershall made a 1 billion euro ($1.05 billion) net loss in the first quarter, reflecting and impairments related to the abandoned Nord Stream 2 gas pipeline in which it was a finance partner.

Production costs were up 35% year-on-year at 4.3 euros/boe in the first three months but should fall below 4 euros in 2022 and further in 2023, when three Norwegian growth projects – Nova, Njord and Dvalin – will be fully on stream.

Chemicals group BASF (BASFn.DE) holds 67% of the voting rights in Wintershall, with the remainder with Letter One, a holding company controlled by Russian oligarch Mikail Fridman.