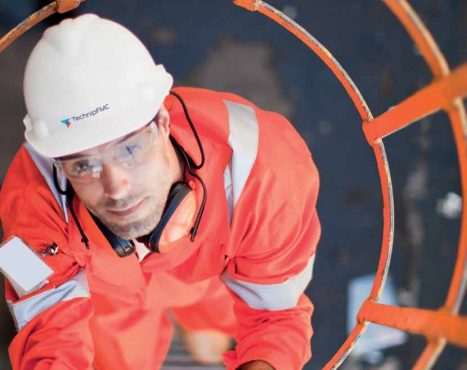 TechnipFMC has reported $1.9 billion of inbound subsea orders in the first quarter of 2022, an increase of 83% when compared to the fourth quarter of 2021, resulting in a book-to-bill of 1.5.

For the Subsea segment, TechnipFMC reported revenue of $1,289.1 million, a 4.3% increase from the fourth quarter of 2021, primarily said to be due to higher project activity in Australia, North America, and Asia and partially offset by reduced activity in Africa.

Subsea saw an adjusted EBITDA of $129 million, an increase of 4.4% when compared to the prior quarter, broadly in line with the sequential increase in revenue.

The segment saw an operating profit of $54 million in Q1 2022. Sequentially, operating results increased largely due to a $39.8 million reduction in impairment, restructuring and other charges and credits.

According to TechnipFMC, Subsea services revenue was largely unchanged from the fourth quarter due to the seasonal impact of weather in both periods.

The company said it expects the Subsea order growth of up to 30% in 2022, with iEPCI, direct awards and subsea services together approaching 75% of total inbound.

Surface Technologies reported first-quarter revenue of $266.7 million, a decrease of 7.1% from the fourth quarter, primarily said to be due to lower international activity resulting from the company’s transition to a new manufacturing facility in Saudi Arabia.

The adjusted EBITDA was at $22 million, a 23.9% decrease when compared to Q4 2021. Results were negatively impacted by lower international revenue and the impacts of the manufacturing transition, partially offset by higher activity and an improving pricing environment in North America.

Inbound orders for the quarter were $291.3 million, a decrease of 72.8% sequentially. Book-to-bill was 1.1 in the period. According to the company, the decrease occurred as the fourth quarter benefited from the award of a multi-year framework agreement from Abu Dhabi National Oil Company (ADNOC).

“With cash and cash equivalents totaling $1.2 billion and our confidence that we will generate strong free cash flow in the second half of the year, we are taking aggressive steps to further reduce debt in the second quarter. This is another important milestone on our path to shareholder distributions,” said Doug Pferdehirt, chair and CEO of TechnipFMC.

“We are in the midst of a multi-year upcycle for oil and gas investment. Our Subsea Opportunity List highlights this very robust market outlook, representing an opportunity set of larger projects that totals more than $20 billion in potential industry awards over the next 24 months. In the current environment, we are also experiencing improvements in pricing and contractual arrangements that more appropriately balance the terms and conditions needed to support this growth.”

Total company revenue in the first quarter was $1,555.8 million. Loss from continuing operations attributable to TechnipFMC was $42.3 million, or $0.09 per diluted share.

Adjusted EBITDA, which excludes pre-tax charges and credits, was $153.5 million and the adjusted EBITDA margin was 9.9%.

During the first quarter, TechnipFMMC sold 17.8 million Technip Energies shares for total proceeds of $238.5 million. As of 31 March, the company retained 2.2% ownership of Technip Energies’ issued and outstanding share capital.