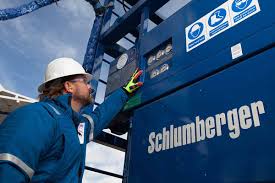 Oil prices climbed to their highest in more than a decade during the quarter as Russia’s invasion of Ukraine upended global supply dynamics. Oilfield service firms, including Halliburton Co (HAL.N) and Baker Hughes Co (BKR.O), posted stronger year-over-year profits and are forecasting higher margins this year as activity recovers from the coronavirus pandemic. read more

“The confluence of elevated commodity prices, demand-led activity growth, and energy security are resulting in one of the strongest outlooks for the energy services industry in recent times,” Schlumberger Chief Executive Officer Olivier Le Peuch said in a statement.

Le Peuch said he anticipates significant growth in the second half of the year and that the company will exit 2022 with EBITDA margins at least 200 basis points higher than the fourth quarter of 2021.

“The level of activity expansion globally, in every basin, for every division, is creating the conditions for tightness in capacity of (service) supply,” he told investors on an earnings call. The conditions are “extremely favorable for pricing power,” he added.

He said the momentum of activity picking up internationally is being driven by both short-cycle and long-cycle developments, and predicted more final investment decisions to come on longer-term projects.

Schlumberger also approved a 40% increase in its quarterly cash dividend to 17.5 cents per share.

Analysts for Tudor, Pickering, Holt & Co said the results were in-line with expectations, and called the dividend bump “a very welcomed surprise.”

The company’s total revenue rose 14% to $5.96 billion in the quarter, with international revenue up around 10% led by Latin America, due to higher drilling in Mexico, Ecuador, Argentina, and Brazil. In its Europe, CIS and Africa division, revenue fell 12% sequentially due to a seasonal decline in activity and depreciation of the Russian rouble.

Schlumberger, which said it would halt new investment in Russia after its invasion of Ukraine, said sanction uncertainty was having an impact on their operations there. However, it did not report a writedown on its business in Russia.

Rival Halliburton this week said it recorded a pre-tax charge of $22 million on its assets in Ukraine. read more