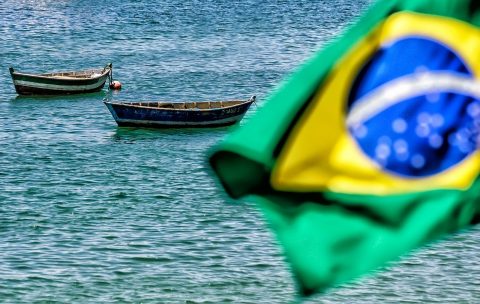 (Reuters) – Brazil’s economy has entered a phase of stagnation that will persist next year as unrelenting inflation curtails consumer spending and policymakers struggle to find answers, a Reuters poll showed.

Risks are tilted to the downside, with a potential relapse into contraction in the cards due to worries about a prolonged Russian offensive in Ukraine, while political worries also mount at home ahead of October’s presidential vote.

After recovering 4.6% in 2021 from the coronavirus pandemic’s hit, Brazilian gross domestic product is set to expand just 0.5% this year and 1.5% in 2023, according to the median estimate of 43 economists polled April 11-21.

This represents a downgrade compared to January’s already trimmed estimates of 0.7% growth in 2022 and 2.0% next year. April’s results for 2022 are below government and International Monetary Fund views as well.

“The windfall from higher commodity prices has improved the near-term outlook for Brazil’s economy – exports have reached a record high and investment is likely to rise,” said William Jackson, chief emerging markets economist at Capital Economics.

“But it’s not all good news – households’ real incomes will be eroded by higher inflation, and the central bank will hike further.”

Both factors are likely to remain challenging in coming months.

Consumer prices jumped more than expected again in March, taking the 12-month rise up to 11.3%. In the poll, inflation is seen closing this year at a still-elevated 8.3% rate, slowing to 4.4% in 2023.

Fiscal policy is in a quandary too, as President Jair Bolsonaro’s government deliberates over a salary raise proposal to satisfy demands from striking public servants without derailing incipient budget improvements. read more

Investors fear Bolsonaro may begin to pump up spending to bolster his popularity and strengthen his chances against former President Luiz Inacio Lula da Silva, who is leading polls before the election.

But fiscal leeway is limited, with Brazil’s debt expected to remain high in the foreseeable horizon. read more Far from being an abstract matter, budget concerns are a real threat to activity, adding to the current malaise.

Growth dropped to 0.9% on the year in the first-quarter from 1.6% at the end of 2021, and will decelerate even more to barely above zero soon, the survey showed. Official GDP figures for January-March are scheduled for release on June 2.

With such little impulse, GDP could shrink again.

“Facing election uncertainty and a war that is only intensifying, we do not rule out a dip into recession in the second-half,” said Julio Hegedus, Mirae Asset chief economist.

Mexico’s growth estimates were cut more than Brazil’s, to 1.9% in 2022 and 2.1% in 2023 from 2.8% and 2.2% respectively, showing the negative impact on purchasing power from the highest rate of inflation in more than two decades. read more

“Recall election results and non-approval of the electricity reform will contribute to keep private investment flowing in the economy, although slowly,” Carmen Alcibar, an analyst at Bursametrica, said.

While nine out of ten Mexicans voted this month to back President Andres Manuel Lopez Obrador remaining in office in an unprecedented recall election, he did not use the victory to push for an extension of his term limits. read more

One week later, the leader’s plan to increase state control of power generation was defeated in parliament, as opposition parties united in the face of a bill they said would hurt investment and breach international obligations. read more