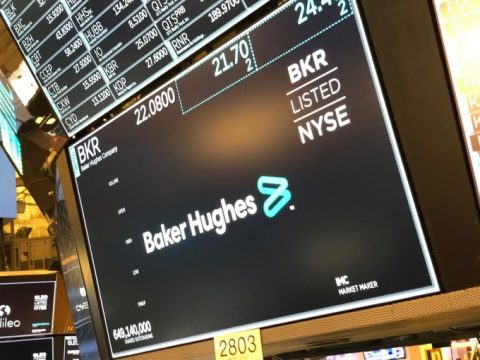 (Reuters) – Baker Hughes Co (BKR.O) on Wednesday reported a higher quarterly profit from a year earlier, as a surge in commodity prices fueled drilling activity and demand for oilfield services.

Oil benchmarks have undergone their most volatile period since mid-2020 with global crude prices up more than 38% in the first quarter amid Russia’s invasion of Ukraine in late February which stoked global energy supply concerns.

The rally in crude prices has boosted drilling activity, with the U.S. rig count rising over 56% year-over-year to 673 at the end of the first quarter, according to Baker Hughes data.

“As we look ahead to the rest of 2022, we see a favorable oil and gas price backdrop, but also a dynamic operating environment,” said Lorenzo Simonelli, the chief executive officer of Baker Hughes.