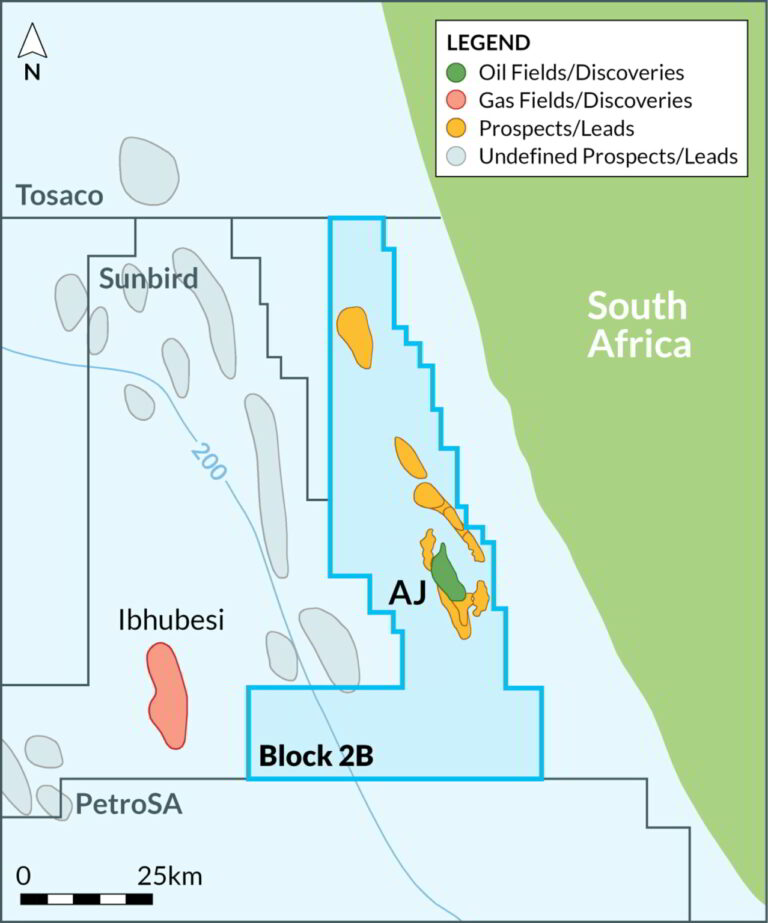 (Offshore Energy) Oil and gas exploration company Eco (Atlantic) Oil & Gas has made its required capital expenditure contribution and is on track to start drilling a high-impact exploration well located in Block 2B, located offshore South Africa, by October this year as scheduled.

In an update on Tuesday, regarding the progress in finalizing the work required to drill an exploration well on this block, Africa Energy reported that Eco has deposited approximately $20 million in escrow to support its capital expenditure requirements for the Gazania-1 well on Block 2B, after closing the acquisition of Azinam Group.

Garrett Soden, Africa Energy’s President and CEO, remarked: “We are excited to move forward on Block 2B and drill the Gazania-1 oil exploration well this year. The rig has been contracted and is expected to mobilise from the North Sea in August for the 45-day journey to South Africa. The Block 2B joint venture plans to spud the well by October with drilling expected to last 30 days, including a full set of logs in the success case.”

As a reminder, the Island Innovator semi-submersible rig was secured from Island Drilling in March 2022 for the upcoming drilling of the Gazania-1 well, targeting estimates of 349 million barrels of oil in relatively shallow water depths of less than 200 metres.

Within its statement, Africa Energy explained that Soekor discovered and tested the oil on Block 2B in 1988 with the A-J1 borehole, which intersected thick reservoir sandstones between 2,985 meters and 3,350 meters. This well flowed 191 barrels of oil per day of 36-degree API oil from a 10-meter sandstone interval at approximately 3,250 meters.

Moreover, significant prospectivity has been identified over the entire A-J graben area using 686 square kilometres of 3D seismic data acquired in 2013, based on the firm’s statement.

“The block has significant contingent and prospective resources in relatively shallow water and contains the A-J1 discovery that flowed light sweet crude oil to surface. Gazania-1 will target two large prospects seven kilometres up-dip from A-J1 in the same region as the recent Venus and Graff discoveries,” added Soden.

Located offshore South Africa in the Orange Basin where both TotalEnergies and Shell recently announced significant oil and gas discoveries, Block 2B covers 3,062 square kilometres approximately 25 kilometres off the west coast of South Africa near the border with Namibia in water depths ranging from 50 to 200 meters.