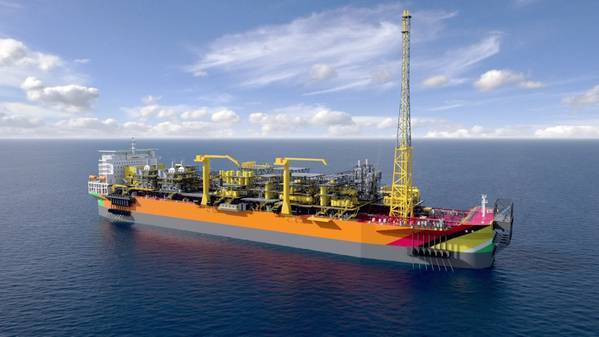 The major will proceed with Yellowtail, its largest Guyanese project to date

(PE) ExxonMobil has taken FID on the Yellowtail development offshore Guyana, following government and regulatory approvals. The major expects Yellowtail, its fourth development in the prolific Stabroek block, to produce around 250,000bl/d starting in 2025.

Yellowtail has an estimated recoverable resource of 900mn bl. The $10bn project will use a floating production, storage and offloading (FPSO) unit and comprise up to 26 production and 25 injection wells. The FID announcement “underlines Stabroek’s importance to ExxonMobil and its partners”, says Andre Fagundes, vice-president at consultancy Welligence Energy Analytics. “This will be a huge development, the largest in the Americas,” he continues, a not insignificant boast given the scale of some of Brazil’s pre-salt projects.

“We are working to increase global supplies through safe and responsible development on an accelerated schedule,” says Liam Mallon, president of ExxonMobil’s upstream business, although it is not clear if the Yellowtail FID was brought forward.

“ExxonMobil is already moving at a fast pace to develop [Stabroek], it would be really tough to move any faster,” comments Fagundes.

The Stabroek consortium—in which ExxonMobil is the largest shareholder and operator with 45pc, while US independent Hess and Chinese state-controlled Cnooc hold 30pc and 25pc respectively—is already producing from the first phase of the Liza field, which has a capacity of 120,000bl/d. And in February this year the Liza Unity FPSO started production, kicking off the field’s second development phase.

The Liza field’s second phase is expected to reach 220,000bl/d by the end of the year, and there are plans to raise the capacity of the first phase’s FPSO—called the Liza Destiny—to 140,000bl/d.

The ExxonMobil-led consortium will then move onto develop the Payara field, which is expected to start production in 2024. The US firm once again reiterated that it anticipates “up to ten projects on the Stabroek block”. Earlier this year, the Stabroek partners announced fresh oil discoveries at two more locations in the block: Lau Lau and Fangtooth. There have been at least 28 discoveries in the block to date.